Chelsea with some great National pub

From ESPN, following the UConn win, and about her WNBA Possibilities. They also named her National player of the week at the end of the article. 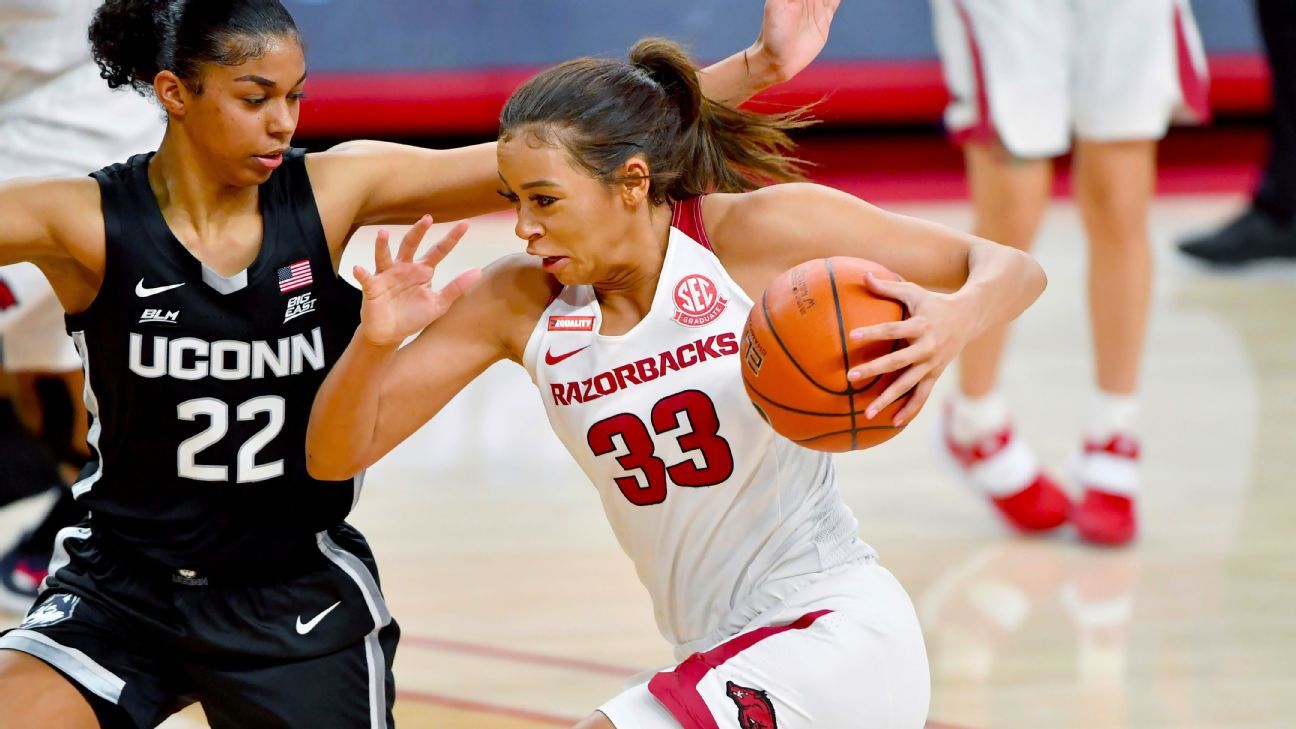 Arkansas' Chelsea Dungee is now a top-five WNBA draft pick. Which other players are potential first-rounders? Dungee is also our player of the week.

Hogs up three spots to 16th in the women’s poll even with the loss to Georgia.

Shameka Christon from Hot Springs was a WNBA first-round draft pick (still in the league) and a third-team AP all-America as a senior. Bettye Fiscus is the all-time leading scorer with 2073 points (Dungee is at 1683 in 2.5 seasons). But I’d have to put Chelsea above either one.

The Hogs have at least 8 remaining games, pandemic permitting, plus anything beyond the first round of the SECT (which would include the NCAA, seemingly a lock at this point). Dungee is averaging 22.2 this year. At that average she would have to play 18 more games to pass Fiscus – or come back next year (which ain’t happening). Right now there would be up to four possible games in the SECT and of course six in the NCAA, but that would only be 17 possible games and we’d have to make the NCG. Or else she starts scoring 37 a lot more often.

But I’d have to put Chelsea above either one.

Agree. If that ESPN article is correct, they have her as a top 5 pick. Do you remember where Christon went in the 1st round?

By the way, I saw an article yesterday on the 2020 Women’s CBA agreement and it said they had more than tripled the maximum pay for top Women players and had good increases across the board. This could be a great year to enter the WNBA. Before this agreement, the ladies were pretty poorly paid.

Do you remember where Christon went in the 1st round?

#5 pick to the New York Liberty. It appears she actually hasn’t played in the WNBA since 2015. Dunno if she’s gone overseas, which is where the real money is. She did play in Israel for a while in the offseason, but it appears she has retired.

Before this agreement, the ladies were pretty poorly paid.

They’re still pretty poorly paid. WNBA minimum salary is $57,000. LeBron James makes twice that much PER QUARTER. Of which there are 328 in an NBA regular season.