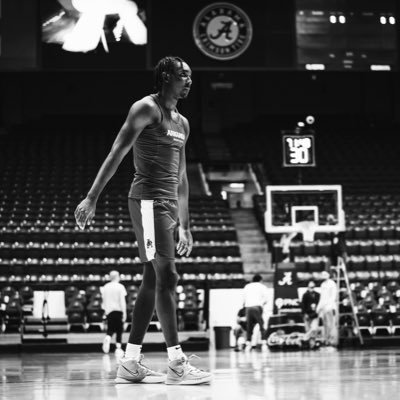 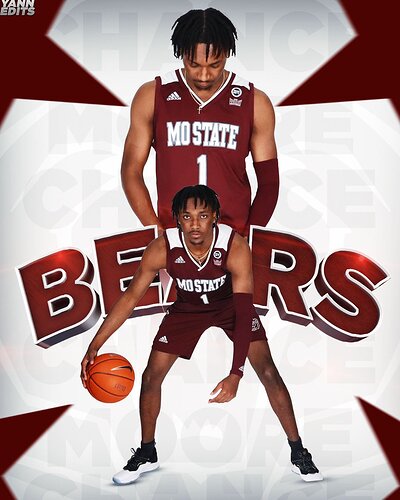 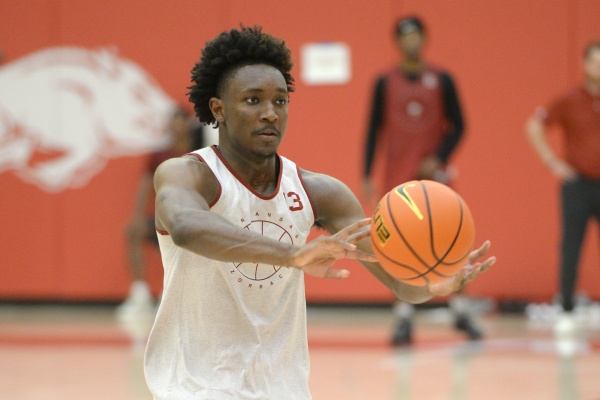 Good for him, they have enjoyed some good basketball over the years, albeit I do no know their recent history. I believe that Charlie Spoonhauer (sp) had them rolling for a while and if memory serves me correctly Cuonzo Martin had some success there, beating the Hogs in their christening of their new arena. Steve Alford and Barry Hinson both spent time there and had reasonable success. Missouri Valley hoops may be a place where Chance can thrive.

Good luck in Springfield Chance! I always kind of liked that program, even though I have no connection to it.

Hope he does well there. He wasn’t going to contribute much here.

Missouri State played some good basketball this year. The Mosley kid that just declared for the NBA draft is really good.

Does anyone have a read on Chance’s ability to play at UA? What was the thinking when he was recruited and signed? Were the new players coming in next year simply too good? It is noteworthy he signed with Mo St - a solid mid-major. He should play a lot there - maybe that is why he picked it out. Muss may know the coach up there.

He was a top 100 recruit. Services may have just missed on him. I don’t think he ever would have cracked our rotation.

Prior to their senior year of high school, the entire AAU season got canceled for the Class of 2021, so coaches and recruiting analysts were extremely limited in their ability to evaluate them.

Unless anyone saw much of him in high school, there’s probably not much information on which to even guess about his ability.

Seeing Coach’s eye for talent over the past 3 years, I suspect Moore is quite the player. We simply recruited even better players after him.

Of what I was able to observe of him, I’m just not sure the jumper he has is game ready for high-level college ball. It’s not incredibly fluid. I thought that even before he landed at Arkansas. Not trying to knock him. And there was some question about his urgency in practice in the preseason. Perhaps that has changed, but those are my thoughts.

Somewhat surprised with destination- figured he would end up somewhere back on the east coast closer to home. Good luck Chance and I hope you ball out!

Can Missouri State be the g league for Arkansas? What’s the ability for Chance to go get two years then come back to Arkansas? I assume you can do it, but would have to sit a year?

Don’t think that is going to happen? Muss will continue to bring in top players.