As previously noted on this Board, and as I well remember, Chad Morris said that Catalon was one of the best high school players he had ever seen. Of course you recruiting gurus can correct me, but my recollection is that Chad was interested in Woods as a WR recruit at SMU, and when Chad got the job here Woods was a top target even though he was not one of those highly touted 4 or 5 star receivers. I think Chad said he went to his HS practice and Woods was just wearing the DBs out. I wondered why if a kid was so good that SMU was his best offer, but I totally reserved judgment. Looks like Chad was dead right on at least these two guys. And recruiting was never the issue for him until midway through the 2nd year when based on lack of progress in results on the field it didn’t look to practically anyone, and I assume recruits included, that things were not going to pan out.

East Texas coaches will tell you the area is under recruited.

Very easy to get over looked in TX, FL, LA and probably GA due to the abundance of HS talent.

Woods is from Magnolia, TX which is a Houston suburb. When I think of East Texas I think of Lufkin, Nacogdoches, Jacksonville, places like that, not the Houston metro area. But it’s also possible that smaller schools in the Houston area (Magnolia High is a large 5A school) get overlooked by recruiters who hit the 6A schools in Harris and Montgomery counties.

Thanks. Then SMU wasn’t his best offer. But he was still pretty much overlooked and underrecruited. But not by us.

Chad Morris wasn’t the only one who liked Jalen Catalon. He had about 50 offers ahead of his junior season. And, the first offer he got was from Barry Odom at Missouri. Odom’s high school coach at Ada is the head coach at Legacy, Chris Melson. If you look at Catalon’s offers, it’s incredible.

Thanks for the info regarding Odom. I knew Catalon was a 4 star and had a very impressive list of offers. He was hardly underrecruited (which I think you can say about Woods). But still, “one of the best high school players I ever saw” is quite a statement.

Oh yeah. Morris has seen a few in Texas. When he said that it was a pretty impressive statement.

Catalon is quickly becoming one of my favorite all-time Hogs. It’s hard to believe he could barely get on the field for the last bunch.

I’m not sure Catalon was ever at full speed last season. He had knee surgery as a high school senior.

But it is obvious he has benefitted from working with Odom, who I think is a really good safeties coach.

Catalon was not quite 12 months from ACL surgery at start of season. He was not ready to play until mid point of season.

Jalen suffered the knee injury when I went to see him play in Tulsa.

He actually went back in and played a little after the initial injury before wisely being taken out. 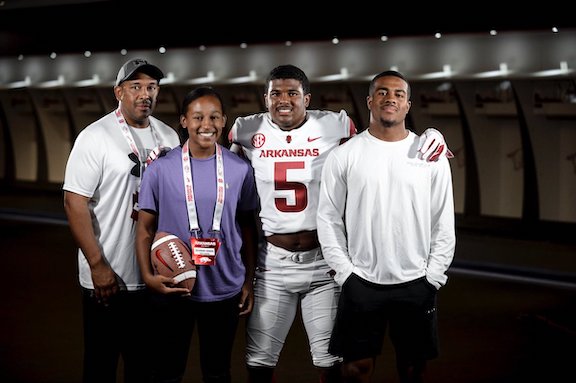 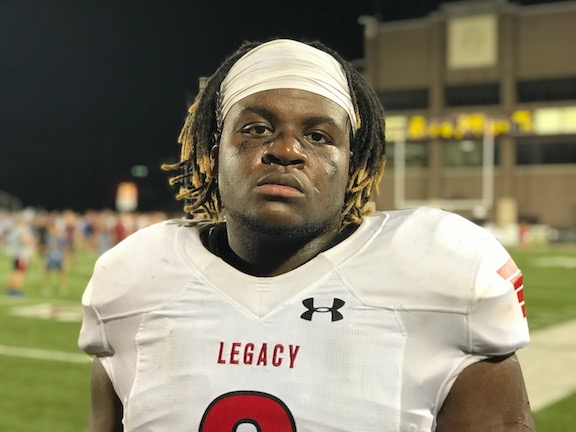 By the way…no one (as far as I can recall) ever said that Chad couldn’t RECRUIT. It’s what he did (or didn’t) do with them after he signed them that was his undoing in Fayetteville.

As noted, several of the players who have stood up and made big contributions this season were brought in by Chad. However, I think we will continue to see classes of that level…or better…in years to come, and the level of coaching they are getting with this staff is apparently light years ahead of what they got under the former staff.

I agree with everything you said about Chad and about Sam. And a coach has to do both. No matter how good your coaching you can’t continue to win without recruiting. And no matter how well you recruit you can’t win without coaching. I think Holtz joked something like a bad recruiter says no problem, I am going to coach them up, and a bad coach says no matter, look at my great recruits. And then said both won’t last long.