Dude. Playoff games get a lot more viewers than run of the mill bowl games. Like 15 million to 2 million. And suddenly the playoff inventory goes from 3 games to 11? And they can keep that away from Fox, Amazon, CBS and everybody else.

And that’s not good for the game.

Any evidence that Arkansas fans not watching Clemson v Bama VII is bad for the game of football?

And I promise I am not trying to be argumentative. That is just a statement I hear all the time about certain things and when asked for specifics nobody can name anything.

Lets say the playoff goes to 12.

Do you think the regular season gets shortened by a game?

I should not have made my remarks in any case I apologize.

I hate the idea of a 12 team playoff, but I have no doubt that’s where we’re heading. I agree this constant Clemson-Alabama deal gets old, but I’m not sure that’s gonna change with 12 teams in the playoff. It probably just means they’ll have to win extra games to get to the championship.

Either way, the regular season gets shortened (i’m okay with that) & cheapened a bit more. Bowl games probably disappear. Maybe all that’s a good thing, but I don’t think I’ll like it. We’re going to have two NFL’s. One will be associated with colleges. The other with cities.

The 4 non-semi CFP bowls this year (Peach, Cotton, Orange, and Fiesta) averaged about 7 mln viewers. And they all pretty well matched up what could have been teams 5-12 of the CFP rankings. 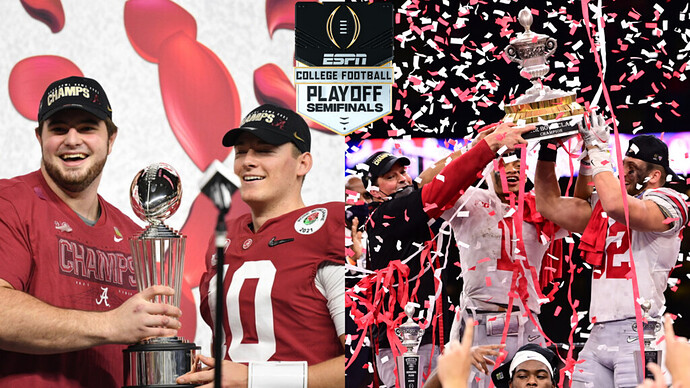 I wouldn’t expect viewership of those games to go to 15 mln just because they are part of the playoff. They are already good games between good teams. And those are the ones that would be included in an expanded playoff…it wouldn’t be the Belk Bowl.

Now, say those 4 games got shifted instead to the Gator, Outback, Alamo, and Citrus, because the round of 8 would be bumped into those 4 CFP rotations instead.

I’ll be generous and say each those 8 games double their viewership. That gets you about 50 million extra viewers. 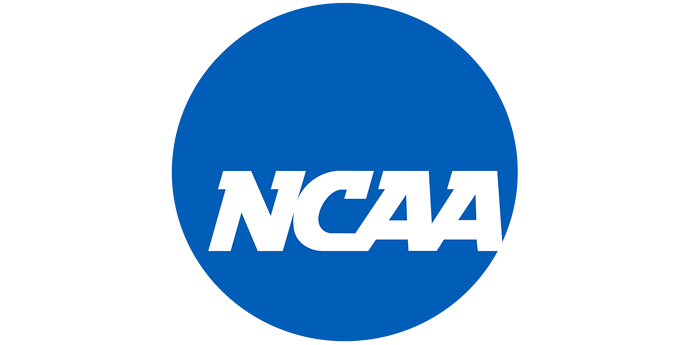 College football TV ratings for the 2020 season. Will be updated as the season progresses. Numbers obtained from network PR,

If you cut a week out of the season, you’re likely losing 50 million viewers from those games. It’s probably not a net addition, so no reason for ESPN to have to pay more.

We certainly don’t need more than 4 teams to determine the national title.

And as tired as I am of the usual subjects…they are the best teams year after year.

So if we are going to go to eight I expect them to add the next best 4 teams…so at least one more sec team every year leaving 3 to select. So maybe a pac 12 will get in, etc and we can watch the Bamas Clemsons Ohio states beat up on another team before they eventually play the same title game.

If we want more parity they would need something closer to the draft in college football which isn’t going to happen.

and a 64 Game playoff

Either way, the regular season gets shortened

I agree and I think THAT would hurt Arkansas football

What will change is players will be paid based on their individual success - post recruitment.

So if they think their likeness potential would be higher if they got more touches, playing time, or promotion by the university for some reason there will be more pressure to leave, whine at the coaches, complain about the university or other players.

It will be closer to the dynamics of the NFL ecosystem than the college one today.

Think it’s pretty obvious it will change the current dynamic.

But how will it change the game on Saturdays?

The amount of cursing was horrible - I say that as a professional Soldier - I think we were playing the Texas Miners - This wasn’t a war zone and people were not dying but the language told me I was in with indiscipline morons - Not what I wanted my Son to be exposed to - not like the warriors he knew at our Unit.

In 1964 on the Razorbacks were my hero’s and and I sensed they cared about the State - at least they said so on radio, TV and in the papers

Now I do understand - fans have created some of the separation like the FAT Razorback fan who I saw in 1989 who could pack a footlong hot dog in his mouth (one upon the other) as he yells and curses a Arkansas Receiver for “Dropping the ball” on a pass - when that Fat man could never step on the field and live a minute under the pressure that Highly Tuned Physical Arkansas Receiver was doing.

Or the thugs that burned up QB Allen’s truck

Those were not the fans of my youth

After all - my time is past

But - let me say this