Hogs were #1 in the SEC and #5 in the country last season. 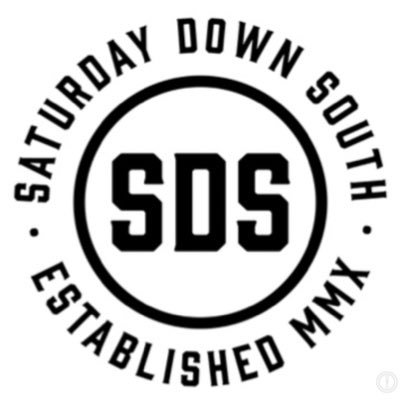 Basically they took the Directors Cup and tweaked it to emphasize the three major sports: Football and both flavors of hoops, plus two “wild card” spectator sports per school (so things like track, tennis and golf essentially don’t count). We got 132.5 points for football, 146 for men’s hoops, 25 for women’s hoops and 64 and 73 in the two wild card sports (I’m guessing soccer and softball, but it could be gymnastics). 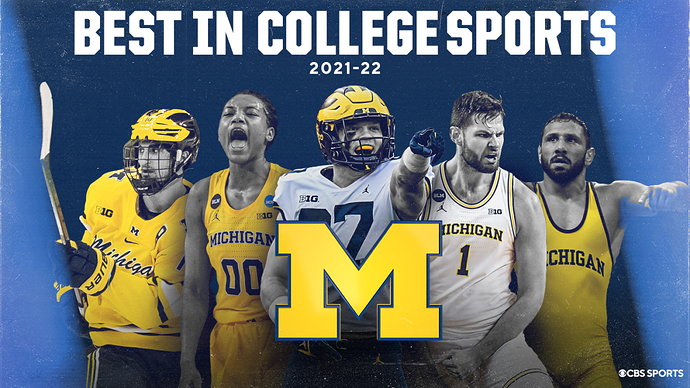 Best in College Sports: Michigan tears through competition to claim award for...

You don’t think 3rd or 4th in baseball helped much?

Under the DC scoring system we got 83 points for baseball, but CBS doesn’t give us 83 for anything. However, I see we got 146 for Elite Eight in hoops (men’s basketball is doubled) and 73 for wild card 1, so maybe making Omaha was only worth 73 in their system. In that case the 64 might be for winning the regional in softball. If so, they ignored soccer, which was also an Elite Eight finish and should have also been 73.

Not that it made much difference; those extra nine points still leave us in fifth.

Gaggies, who also tied for third in Omaha, got 83 for their WC 1, but since they don’t identify which sport, that could be for something else where they finished third, No idea what that might have been, OU won two natties apart from baseball, so they got zip from their CWS runnerup finish.

As someone who enjoys following track and field, I am slightly offended that track and field is not included as a “wild card spectator sport”. Of course, at the U of A indoor and outdoor track and field, and cross country generate more interest than the vast majority of universities.

Aloha,
IMHO, for the NCAA Director’s Cup ranking, sports should not be treated equally. They should be weighted. The trick is how to weigh the degree of significance for each sport…attendance? TV revenue? , amount of participating schools? Not all schools participate in the same sports. Some participate in far greater amount of sports than the UA. As for weighting, for example, football is the king followed by men’s basketball and baseball. They should most definitely be weighted higher than lacrosse or swimming, etc…so many of the minor sports shouldn’t be weighted nearly as much as the big three.
UA…Campus of Champions

IMHO, for the NCAA Director’s Cup ranking, sports should not be treated equally.

First, Guy, it isn’t the NCAA. NCAA, as in so many things with college sports, has nothing to do with it. It’s given by National Association of Collegiate Directors of Athletics, otherwise known as NACDA. And NACDA can do it however they want to. There’s also the Capitol One Cup, which ESPN promotes, that considers only top 10 national finishes; if you make a super regional in baseball and lose, no soup for you. And this CBS ranking.

Cap One also stratifies the sports, in addition to only considering top-10 finishes. Group A, the minor sports, are worth 20 points for a natty down to 1 point for 10th. Group B includes football, baseball, soccer, softball, basketball, gymnastics, wrestling, lacrosse and volleyball (beach and indoor), and a natty there is worth 60 points. If you wonder why beach volleyball and wrestling (both low-participation sports) are included, so do I. There are 78 wrestling programs and 86 beach VB teams.

The one thing the DC does that I really like is they limit the number of scoring sports. Otherwise Stanford, Ohio State and other schools with huge numbers of sports couldn’t lose. For a long time Stanford won anyway, but the last two years Texas, with 20 varsity sports, won (Stanford and tOSU both have 36). Of course, Stanford still has an edge in that it sponsors a lot of low-participation sports like water polo and rowing and can rack up points in those with high finishes until they hit the 19-sport scoring limit.