Yancy Porter made a cb pick of henderson, the Memphis ol to ole miss He runs the 247 ole miss site

I’m concerned but not because of his pick. He is a notorious OM homer from way back! ghg

Yeah, Yancy is known to think all who visit OM will commit. He may be right, or he may know the bagman, and I’m not implying that Henderson is being paid at all. We do know OM used bagmen, though, lol.

Yeah, Yancy is known to think all who visit OM will commit. He may be right, or he may know the bagman, and I’m not implying that Henderson is being paid at all. We do know OM used bagmen, though, lol.

I am the bagman…koo koo ka choo! 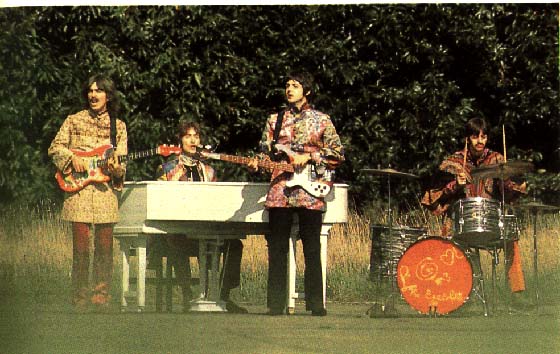 I’ve been concerned about Henderson for a while. Seems like he would have already comitted if he was truly interested. ,Richard has hinted that he thinks he’s leaning towards us. I guess we’ll find out pretty soon

Richard has hinted that he thinks he’s leaning towards us

I think a lot of recruits lead local reporters to think the recruit is leaning toward the local school. Maybe not intentionally, but I think it happens.

I sure hope so because if we lose Henderson, Scott, and I’m pretty sure Jones this recruiting class just took a tremendous hit.

We need to keep the ones who’ve committed; that’s for sure. I had low expectations for this class as soon as we replaced coaches. I’m pleased with what CSP has done so far, but you’re right, the class could still take a hit if we lose some of these kids. (I do not expect to get Scott.)

Yeah would be a tough pill to swallow considering the chance of play early on the OL will never be greater than it is right now.

Well, at least we are getting some visits, unlike the previous staff. It always seemed to me that OL and DL were more relationship type of recruiting, we’re as the skill positions went more to type of offense and early playing time.

Crystal Ball…it is what some of the recruiting services use on where they think the player will sign.

This seems very likely. Until the NCAA enforced some rules, Olé Mi$$ and the Auburn$ of the world are going to be especially tough to recruit against. And that Scott kid has just never seemed to like the hogs-who knows why.

I don’t think CSP landed a 5 star OL last time he was here, and it’d be a miracle to do it so quickly this time.

And that Scott kid has just never seemed to like the hogs-who knows why.

Anytime a kid quotes his mother as telling him he needs to get out of Arkansas & see new places, I think we can pretty well accept that strong evidence he’s not coming here. He might surprise me, but that just strikes me as saying, “I like you & all, but I want to go somewhere else.”

Higher quality journalists ask better questions, which in turn are less likely to qualify as “leading questions.” A “leading question” might be, “What about Ole Miss makes them a likely destination?” or, “What do Ole Miss coaches promise that other coaches are not promising?”

Most answers would struggle to avoid sounding like OM-favorable responses.

An example of this, or maybe a corollary, is when posters talk about Scott’s mom and going out-of-state. What I read is that she wants him to be well-rounded, and suggests it is okay if he wishes to leave Arkansas. That gets interpreted as, “I (his Mom) want him to go out of state.”

I don’t even know who OM OL coach is but highly doubt his pedigree is as great as Pittman’s…just makes no sense with playing time very possible . I checked and Randy Clements is their OL coach and he was at FSU last yr and they were absolutley horrible!! was at Houston before that…like i said why is he even thinking about them!! $$$ the only answer I can think of

saw elsewhere OM has told Hensderson he might could play DL and maybe TE some next yr and he suppsedly liked that…so we will see.

Clements is Kendall Briles brother-in-law and they have been attached at the hip until now. His OL at Baylor, FAU, and Houston were very good.

If you like what Kendall has done as an OC then you by extension like Clements because it all starts up front.

Oh I’m sure he’s good! He just not good as Sam Pittman…