Caught up with Casey Opitz

Here is the inside on young Casey Opitz in Hog: 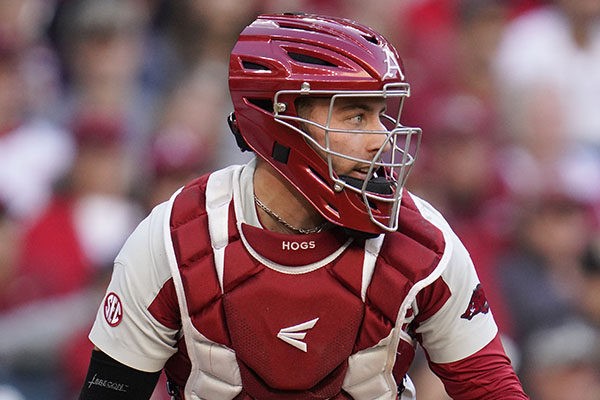 State of the Hogs: Old photo foretold future for Opitz

It was an easy recruiting sell when Dave Van Horn began to recruit Casey Opitz, but there were no preconceived notions about becoming a Razorback.

Thanks, Clay. I enjoyed that, when I wasn’t mourning the loss of the season.

Some know this but my son is one of the freshman catchers this year, Cason Tollett. Opitz kinda took him under his wing. I could go on and on about what my son has learned from him but one story stood out. Your story about Koch talking to Opitz brings it full circle.

What ended up being the last game we played was a Wednesday midweek game against Grand Canyon. Opitz had caught most of the innings as we all know. My son and Opitz entered the locker room together early that day. Casey’s name was on the starting list. A couple of teammates joked with him that he just couldn’t get a day off. Cason said something to the effect of “Sorry man. I’ll be cleared soon.” Opitz looked at my son and said “Don’t ever take for granted a day you get to play baseball.”

The next couple of days were full of disappointment for the players, coaches, parents, and fans. DVH told them all to go home and try to work out warning them that it may be tough because gyms and schools were likely to close. My son got home that Friday night. The first thing he told me was about his brief conversation with Casey. That happened before anyone could have imagined the events of the next few days. Casey’s message has stuck with him.

Casey was a true leader. He wore “Razorbacks” across his chest but he was just as much Arkansas as the rest of the in state kids. My son was just about to be cleared. I doubt he would have played much this year but he would have gotten his chance to give Casey a much deserved break. As a parent, I am not as frustrated about the loss of my son’s season as I am the loss of 4 more months of my son being around and learning from Casey.

Thanks for your story Clay. Casey is Razorback we can all be proud of.

That’s awesome Clay. Thank you for giving us something good to read. We will miss some good baseball this year!

That’s was a great addition to an already great story. Thanks to both of you - Clay & pigpapi.

Thanks to Johnny Tollett, I added his thoughts into the story. Perfect complement.