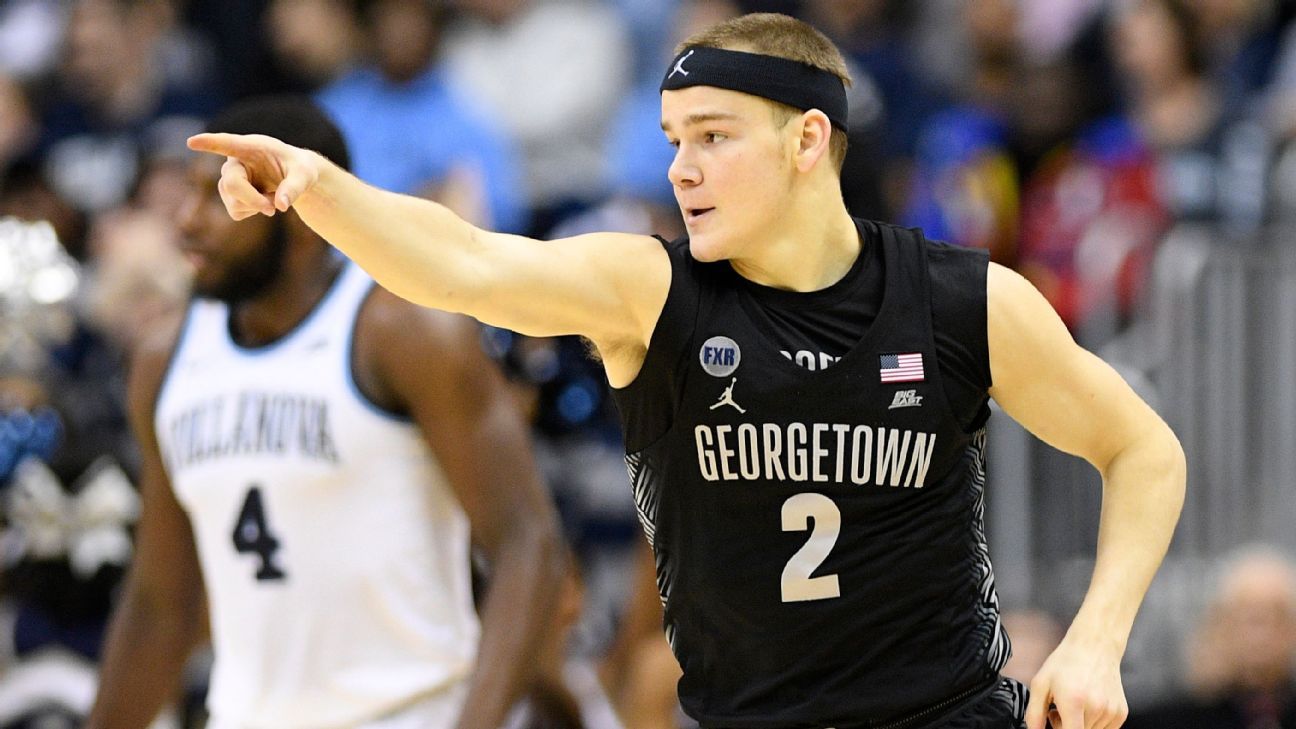 Mac McClung, who averaged 15.7 points and 2.4 assists for Georgetown before a foot injury derailed his season on Feb. 21, has opted to enter the transfer portal, he told ESPN.

We definitely should. He is the one of the, if not the best guard transfer this season. I watched a lot of Big East last season. This guy is the real deal. Wherever he lands, he will be first or second team all conference player.

He’ll have to take a bit of a back seat if he comes here. Wont be able to try his best James Harden impression every night like he did for the Hoyas last year.

Georgetown has lost a number of frontline, starting players to the transfer portal since December. Is there something going on there?

Sure seems like it. Haven’t had time to ask around but there’s something going on.

Josh LeBlanc left because of allegations of sexual harassment and stealing from a student. Anderson recruited Josh and it came down to LSU or Arkansas and I believe he surprised everyone by picking Georgetown. Josh has landed to you guessed, LSU.

Galen Alexander and Myron Gardner left because they were implicated in that theft incident and a female student had filed a restraining order against them.

Patrick Ewing dismissed James Akinjo from the team for undisclosed reasons. He is transferring to Arizona.

Mac McClung was Ewing’s favorite player. He probably is transferring because he sees bleak future at Georgetown with all the transfers.

Arriving in the middle of chaos is our Jalen Harris. He will the starting PG.