These are the most important second year guys on the team, IMO, due to their positions and apparent talent. So I’m particularly interested in keeping up with them this off season.

Paul posted a promising pic this morning. Looks huge. Hopefully he can keep some speed.

A Paul/Pool/Sanders trio at linebacker might be the most physically imposing that I can recall having at Arkansas. 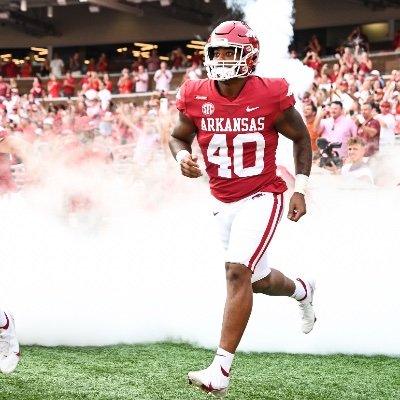 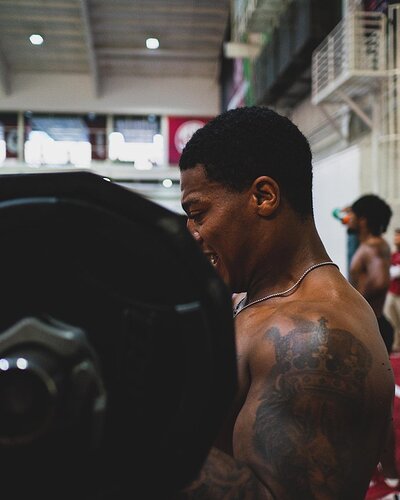 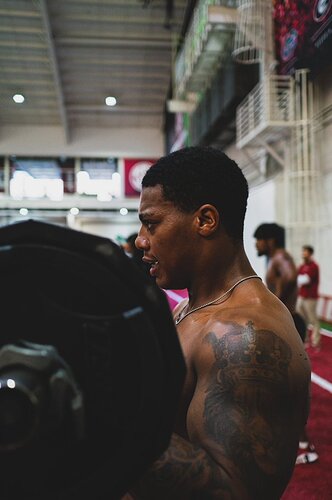 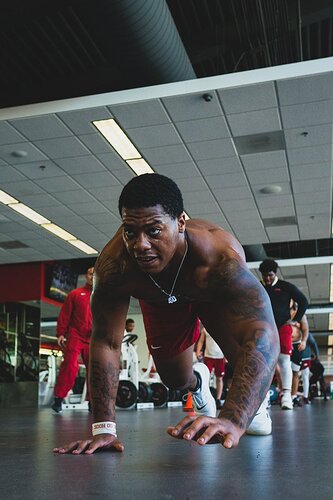 Paul has what you can’t teach which is size… I have not really seen enough of him to get a read on him. What separates good from great at linebacker is play recognition and how quick you can come downhill once you recognize it… The three linebackers we have had were incredibly quick coming downhill. They also are quite a bit smaller than Paul. He will become great only if he can recognize the play quickly and explode into the hole before being blocked by the 330 lb road graders in the SEC. Spring training will tell us a lot.

You have any thoughts on Ball? I know Ridgeway was super complimentary of him in a couple of press conferences last year. And the coaches wanted him badly out of HS.

Maybe Sam will touch on these guys in his next PC.

I have really seen no footage on ball at all so it’s impossible to tell what kind of impact he can make… I do remember Sam making positive comments about him in camp but he never got on the field to my knowledge… He will have his opportunity to earn playing time because we’re losing 3 starters… spring training will be huge for him.

Isn’t a lot of linebacker tackling at the line dependent on defensive line scheme and execution?

Defensive lineman stunting and twisting can tie up OL and make it easier for linebackers to make tackle but if they can recognize the play quick enough and attack the line of scrimmage quick enough they can make a lot more tackles… film study is a lot of great linebacker play, if you recognize the set and what they usually run out of those sets you can sometimes be a half a step ahead, which gets you into the line of scrimmage quicker… If you react to slow these big OL in the SEC will just swallow you up…

I think the main reason Henry and Morgan were quick coming downhill is they were smart guys who had played an awful lot of football (often more out of necessity than natural talent) and gotten coached a lot going into the 2021 season. Their read/react time was really short to know what they were seeing/responsibility, and they were unlikely to take a bad angle/false step to get where they needed to go. Five years of practicing/playing/film study and getting coached about mistakes turned a couple of walk-ons with limited physical tools into good SEC LBs. Morgan got there a little quicker than Henry, but some of the plays Henry made in the second half of the season should be on the film they show every potential PWO LB.

Pool is a little different. He will have the same smarts/experience level going into 2022 Henry and Morgan had last year, but the speed/quickness package is a little bit better. He could have a monster year.

Paul sure has the size you want, and he flashed just a little on athletic ability in very limited playing time last season. He apparently showed enough in practice to send Parker into the transfer portal. I agree that spring ball is big for him. My suspicion is that at the end of spring the staff will decide that with Pool and Catalon out there to steady the defense they can afford to put Paul out there a lot and let him play through the inevitable mental mistakes.

I am really interested in how Marco Avant does in the spring. If I remember correctly, he had a pretty significant injury coming out of high school, and I think he played about as much DE as LB in high school, so he may be a bit of a sleeper to get in the LB rotation.

I will also be very curious to see if the kid from Ohio/then Fayetteville, Mani Powell, is healthy enough/advanced enough to get in the mix in the fall. Kaden Henley might be another freshman to watch. We also have three or four young walk-on LBs who aspire to be the next Morgan or Henry. All in all, the LBs should be a fun group to watch this spring.

Pooh be SWOLT in those pics……whoa! If his size translates to the field and he can learn to recognize the plays quickly like Youdaman mentioned above he could be a very solid 3rd LB!!!

Absolutely correct there is nothing that can replace game experience for getting you to know what the speed of the game is really like. Paul will have to get in there and learn that as well. He’s a big boy and the opportunity is there for him let’s just see what he does with it. I know Bumper will be one linebacker, pretty sure Drew Sanders coming in from Alabama will be another, 3 very good high school kids coming in he will have plenty of competition, which is a good thing.

I don’t worry about Pooh in the A gap. Can he run to the alleys?

Can he make that fourth down play Hayden and Grant made against Texas?

That is where last year’s crew excelled. Yes, they played well inside. But they could get to that outside spot in the alleys and had enough speed to track To cover for their linebacker teammate.

I never saw Andrew Parker do that and that’s why he did not step forward in the last year.

Can Pooh do that? Maybe. It is a big key.

I have never thought size was the key at linebacker. It is feet and instinct.

Tommy Brasher (going into Arkansas Sports Hall of Fame) said Wilson Matthews described linebackers simply as having instinct or not. He said Wilson would say, “If you gotta talk much to them, they are not a linebacker.” I think Wilson probably added some adjectives I can’t print here.

Sounds like truth and Wilson Matthews new football. Size adds another powerful piece to the equation, but only if instinct and quick feet are there also. We have had some truly great LB’s that wouldn’t be considered big in size. You have mentioned this frequently, I think it was drilled into you at an early age. Instinct is nearly always there in the great LB’s. Gotta love the ‘thud’ the great ones bring.