Believe he was a top 25 overall player in his class.

I wouldn’t be surprised if he ends up at Tennessee. He’s from Knoxville, had a younger brother who signed with the Vols last month and his dad played for the Vols.

Georgia appears to have hit “Peak Oil” and will look back on past five years as what could have been. Loss of players and top coaches has a price to be paid.

UGA is the type of program that probably can sustain such hits like this but for now, it seems as though they are getting a small taste of what happened to us when we lost CSP to them.

I wouldn’t be surprised if he ends up at Tennessee. He’s from Knoxville, had a younger brother who signed with the Vols last month and his dad played for the Vols.

Pretty encouraging that Pittman initially lured him away from all of that. 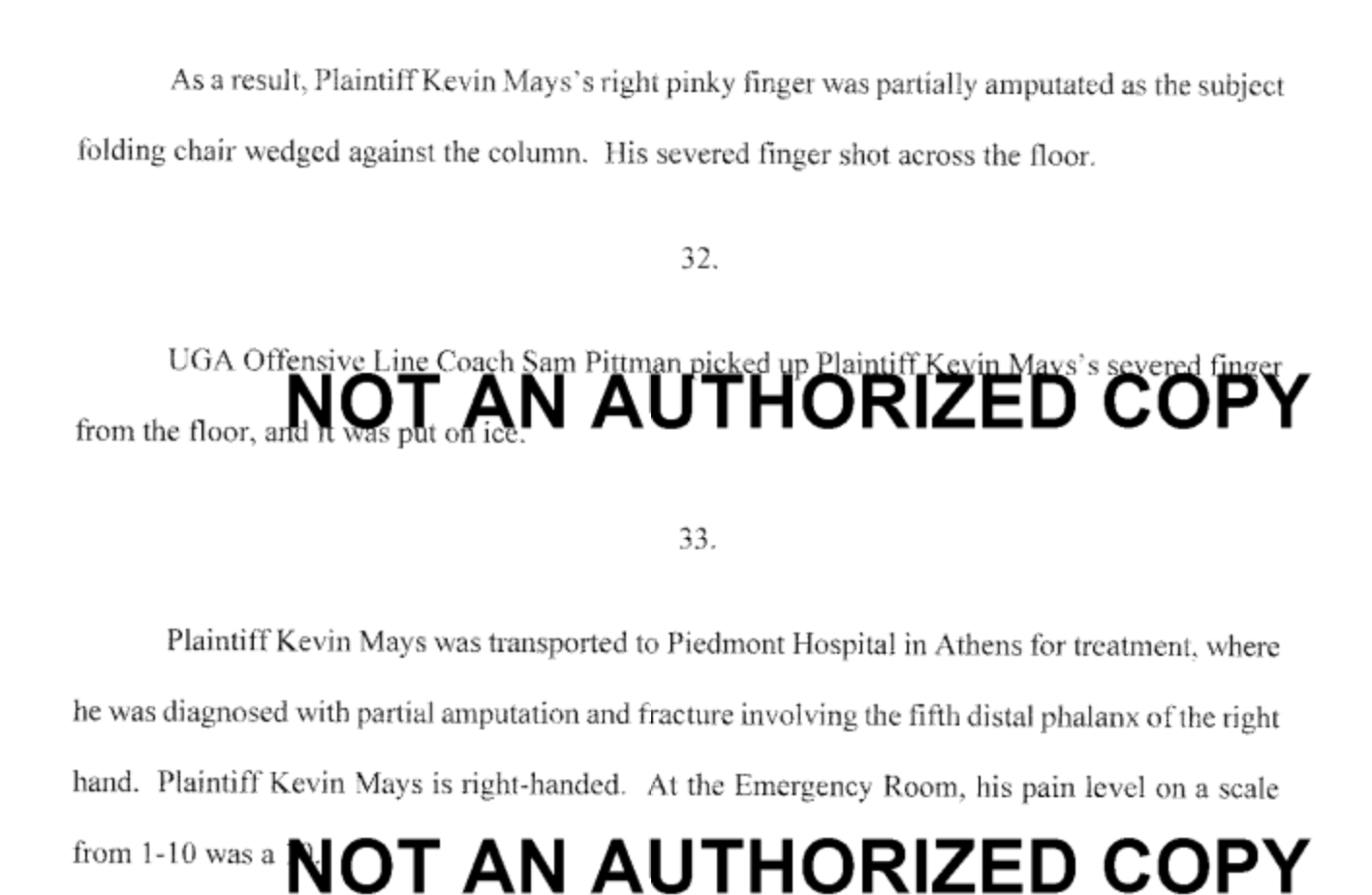 Cade Mays' father had part of his pinky finger amputated at an #UGA athletic event when the folding chair he was in got wedged against a column. Sam Pittman put the finger on ice. The Mays are suing the UGA and the chair manufacturer it appears. https://t.co/g5j35JItWS
hawgfan1 January 8, 2020, 8:57pm #8

Just saw a Bleacher Report pop up on this kid and he is now suing UGA and a manufacturer of a chair that apparently caused him to have a partial finger amputated!!! Ouch!

ESPN.com quoting sources that Mays is indeed transferring to Tennessee. Little brother signed with EOE in November, in addition to his dad having played for the Viles.

a message from yahoo sports just popped on my phone that he is going to follow his coach to Arkansas.

I saw that too. Thought ESPN said he was TN bound.

Mark Schlabach of ESPN did say he was Tennessee bound. When I look at Yahoo sports about him all I see is the lawsuit about his finger and the transfer news from yesterday.

One of those guys who was extremely highly rated but when I’ve watched him play he has not done that well, why it is very hard to tell how OL adapt to SEC play.

duck hunting is legendary in AR and that is what the boy loves, gawd he would be big for a blind