A lot of smoke with the Big 10 and PAC 12 moving to conference games only and the emergency SEC AD meeting for next week.
Besides moving to a 10 game SEC schedule this Fall, how about other changes too?
Thinking out of the box, would this be a good opportunity for the SEC to re-align the pair of divisions to reflect geography and not politics?
For example, switching Auburn and Mizzou?
And perhaps adjusting the SEC out of division games format/ schedule?
A lot of options for all to think about.

If they really want to reduce travel costs, losing Columbia to Columbia and Columbia to Gainesville would be a good place to start. Bama would squawk about losing the Tennessee rivalry, but desperate times require desperate measures. (I’m going to assume that if Auburn and Tennessee were both in the other division, Bama is not going to give up the Iron Bowl).

Of course another option would be to get rid of divisions entirely, have three or four teams you play every year and rotate the rest through an 8 or 9 game conference schedule. The two top records would play in the conference championship game, just as the Big 12 does now.

The best idea I have ever heard was to eliminate divisions and play pod schedules. This is a similar concept to what the SEC does in basketball to have annual home-and-home series. 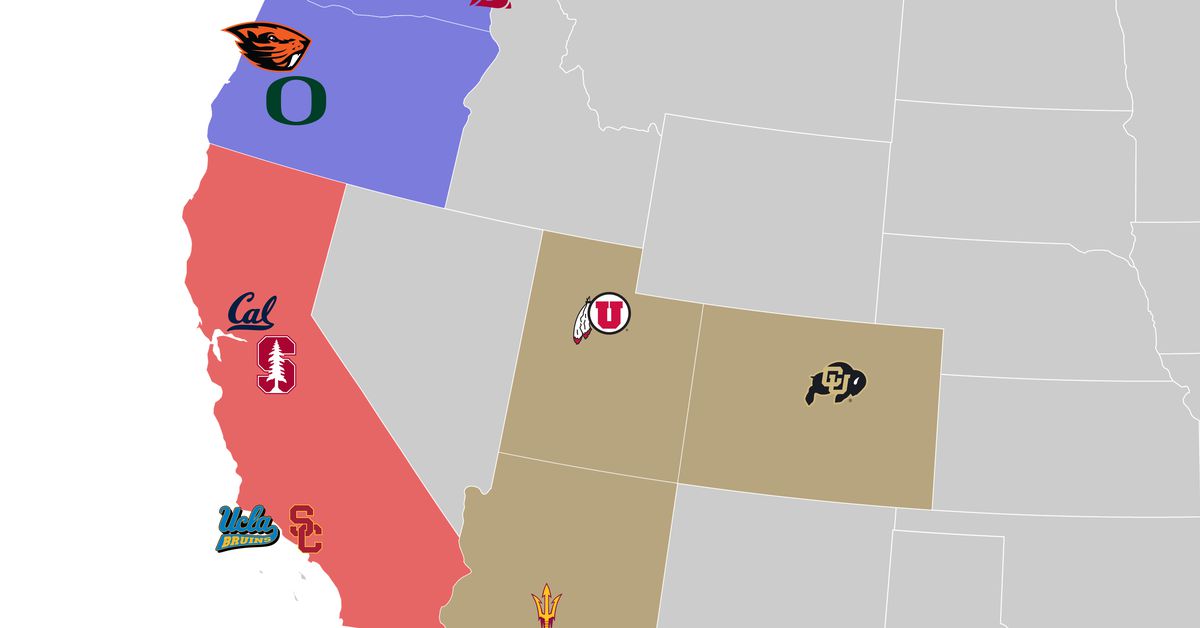 Every conference should replace divisions with pods

Replacing divisions with a pod system would carry a ton of benefits and no obvious drawbacks.

Trivia question: How many years in its history has the SEC had a round robin football schedule where everyone played everyone? Of course a round robin is impossible with 14 teams but play along here.

I’m going to guess it has never happened.

Correct. There were seasons that the SEC champ only played five league games. Including 1935, where LSU won the league at 5-0 in a 13-team league (Tulane, Georgia Tech and Sewanee were members at the time), And I’m not even counting the war years when schedules were curtailed because of a shortage of male students, The 1954 Ole Miss team that we beat on the Powder River play won the SEC at 5-0 in league games. It happened as recently as 1970.

In fact, it was not uncommon for two SEC teams to play each other in a bowl game. In 1959 LSU gave Ole Miss its only loss on Billy Cannon’s famous Halloween night punt return, but two months later the Rebnecks shut out the Tigahs in the Sugar Bowl. Meaning the LSU offense didn’t score a touchdown in eight quarters on Ole Miss that year.

I can remember the SEC playing only six league games as recently as the early 80’s. In fact, one year there was concern because Georgia (I think it was Georgia) was winning all of their conference games and losing all of their nonconference games. They finally lost a conference game, but there was some concern at the time that Georgia might make it to the Sugar Bowl with a 6-5 record. I think this happened just before Herschel Walker came but don’t remember for sure.

I can remember the SEC playing only six league games as recently as the early 80’s.

The 6-game schedules continued until 1987. To further complicate things, there were years where some schools played 6 and some played 7 league games,

In 1979, which was indeed the year before Herschel, Georgia finished 5-1/6-5, good for second place in the SEC to national champ Bama, and did not go to a bowl game, Their conference loss was to Auburn in November; didn’t play Bama that year. But they did go 0-3 against ACC teams.

I went to several Georgia games at that time and Vince Dooley was on very thin ice but the next year Herschel saved his neck.

I can’t imagine that if Georgia had beaten Auburn in '79 and finished 6-0, that they would have gone to Nawlins ahead of #1 Bama. But ya never know.

I remember reading stories about Herschel’s recruitment. Back then assistant coaches could basically camp out in the kid’s hometown, and several schools set up shop in Wrightsville, Ga. The stories also talked about how he had never lifted a weight in his life. He built himself doing hundreds of push-ups and sit-ups every day, usually during the commercials while he was watching TV.

He also said he wanted to go to Clemson but his parents wanted him to go to Georgia. Either way he would have won a national title. Georgia won in '80 and Clemson won in '81. But what he really wanted to do was join the Army. He flipped a coin in April and it came up college instead of Army, so he signed with Georgia in April instead of February.

There was a question about Herschel ariving at Georgia in a brand new car. His grandmother’s name was on the payment method and an investigation reported no proof of anything wrong.

I remembeer one of Orville’s articles was about college coaches having to actualy be with some prospects until they were officially in school. That prevented last minute under the table switches

We can expect to pile up more losses in the SEC during this massive rebuilding effort, but at least a few non-conference wins would help negate the pain. If we only play an SEC schedule, you won’t have to worry about social distancing at home games watching the SEC losing streak grow. Basketball and baseball tickets are going to be a lot harder to get.

If we play, we will win some games.

We’ve gained some quality transfers. Also, last year’s staff was totally inept and they had very little respect from the players, IMO.

If we play, I think we will find that there is a lot more talent on the hill than the results have indicated the past two years.

Correct. There were seasons that the SEC champ only played five league games. Including 1935, where LSU won the league at 5-0 in a 13-team league (Tulane, Georgia Tech and Sewanee were members at the time), And I’m not even counting the war years when schedules were curtailed because of a shortage of male students, The 1954 Ole Miss team that we beat on the Powder River play won the SEC at 5-0 in league games. It happened as recently as 1970.

In fact, SF, there were years where SEC schools counted games vs. non-conference opponents as SEC games for the purposes of determining their conference Champion. In fact - and, very satisfyingly for Arkansas fans - that 1954 Ole Miss game was counted as an SEC game for Ole Miss…their only “conference” loss of the season.

I think that’s right. Our talent deficit last year was among those walking the sidelines & sitting in the booth more than it was those on the field. Obviously we need better players, but it looks like Pittman is getting them. Just as important, he’ll get more out of the players we have.

Chad was overmatched. I think he’d tell you that if he was being honest. He didn’t realize the demands on the time of an SEC head coach. Like Ed Orgeron, he might get it right the second time around. But it won’t be here.