Burks to the Titans

They traded AJ Brown and took Burks to replace him.

And it’s not like he’s getting into a bad situation. The Titans were the AFC 1 seed.

AFC is stronger offensive league so he should get plenty of touches as well.

With Arguably the best RB in the NFL too. I think this is perfect fit for Treylon. He will be closer to home as well.

With Arguably the best RB in the NFL too. I think this is perfect fit for Treylon. He will be closer to home as well.

I agree. An already good team with an pretty good established QB, however one old enough that the team will probably pick up a QB with their first 2nd round pick. So much better than going to a team like Jax or Detroit.

It’s especially good for Treylon since, clearly they drafted him to be the replacement for AJ Brown at sometime. Hopefully he’ll earn in it early this season. I imagine TN is hoping for that since they traded Brown to Philly to get their 18th pick, and then took Treylon with that pick.

Very good team for TB to go to.

Not far from Warren. Should be a good situation. There is good hunting close to Nashville, although I wonder if the Titans are going to put some rules down to keep him from going out with dogs and just a knife on a hog hunt. Deer hunting just north in Kentucky is outstanding. There is great fishing close by, too. 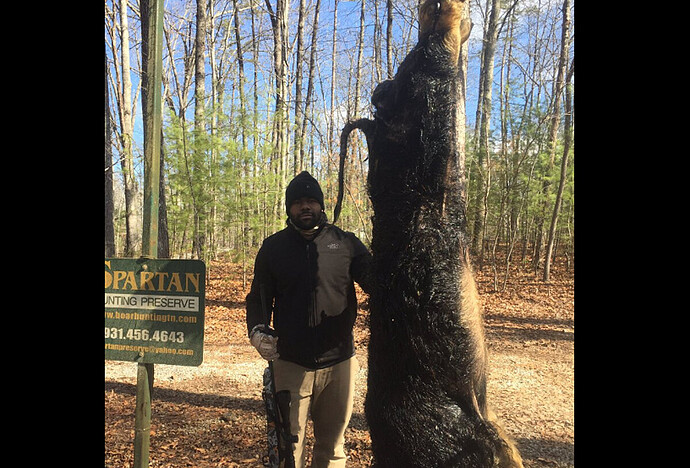 there is some excellent trout fishing in Caney Fork and the lakes are just usual southern impoundment until you get to Chattanooga for fisheries that rival tx and fl. Vrabel will be a stable force, OC is questionable. Tanneyhill should be OK, but his one bad playoff game persists in focus.

I’ve not had any interest in the NFL in years. This could change that for me. We get tons of Titan games here in Chattanooga on TV. I’m really excited for Treylon. Warren has produced many great athletes. My favorite is former Hog from there is Brandy (Brown) Tunnel. She was my late nieces best friend. And family to us.

Ryan Tannehill is a mediocre and vastly overpaid quarterback. I hope the Titans upgrade for Burks’s sake. Tennessee has a great coach in Mike Vrabel and Nashville is a booming city.

The city will love Treylon, just like we Hog fans do.

The city will love Treylon, just like we Hog fans do

To clear the air on a few things.
jhawg Ryan Tannehill is a mediocre and vastly overpaid quarterback. I hope the Titans upgrade for Burks’s sake.
FACT: Tannehills’s QB rating this past year was BETTER than the mega-rich qb from K.C.
A lot of Titan Fans are not too awfully bright when it comes to their choice on the teams players. Case in point: Pickett, a Tenn Vol WR god did not produce as a Titan. Albert Haynesworth same scenario and I think there were one or two more from u t that couldn’t cut the mustard with Titans. Nothing personally against the players but referring from a professional football fan perspective only.
Titans fans adored A J Brown and rightfully so, he produced. He was to make 25 mil to catch a football
this year. He has stated he loves Tennessee but 25 mil isn’t enough NO, scratch that, that business is business, so he’s off to Philly for double that. Good move financially but enough of that I love Tennessee bull.
Either way, I’m glad he’s gone bc it opened the doors for another great wr in Burks. I’ve watched/followed him as a Razorback fan and familiar with his capabilities but bc he’s NOT from TN
most Titan fans aren’t .
He’ll have to prove himself which won’t be difficult and Titan OC Todd Downing will give every opportunity to do so.
Titans coaches & management is a top- notch operation and I’m sure they’ll be happy when all is said & done.
and P.S. CONGRATS TREYLON BURKS!!!

Is there a link/video of him being selected?

Is there a link/video of him being selected?

And wait till Mr Burks makes a one handed or over the shoulder catch and the writers were able to see TB. I JUST turned into a TT Fan. It’s official!!!

The young man can Play Ball…

Here’s vid of him getting the phone call. Not Goodell making the announcement though, 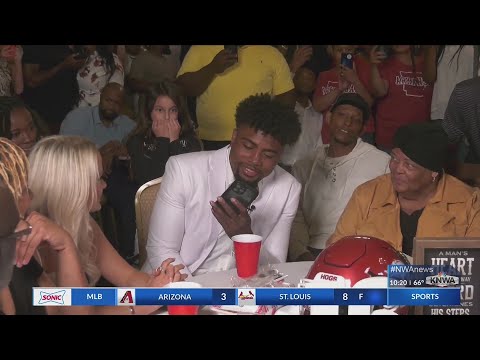 Wow….that brought tears to this old Hogs eyes. Sam Pittman, Kendall Briles and Justin Stepp all there to show Treylon love. It speaks volumes that Treylon turned down the lights of Vegas to share with his family and friends at home. I’ve been done with the NFL for years but now I’m all about the Titans. I may have to invest in a ticket next year as a matter of fact.

Thank you, that’s even btr than the selection!!!

He’s a great person and a great player.

He’s a great person and a great player.

It was great fun watching his play for our Hogs. He’s so fluid. What a dandy.