Burks to the Titans

Tennessee traded A.J. Brown to Philadelphia and received the No. 18 pick from the Eagles. That is where the Titans drafted Burks.

Great for him! Looking forward to a great career

Life changing moment for that young man. Last year that slot was worth about 3.5 Million a year. Not a bad chunk of change.

Some quotes from NFL Network when Burks was drafted:

“He is a monster after the catch. Of all the top receivers in this draft class, those top six guys, it’s him and Jameson Williams who are the best with the ball in their hands.” - Daniel Jeremiah

“We’ve been talking about two receivers, tonight A.J. Brown and Deebo Samuel. Let’s comp him to both because of the physicality. The reason I went with Deebo is because when you watch Treylon Burks’ tape at Arkansas he’s in the run game a lot like Deebo….If you’re an offensive coordinator at Tennessee, Todd Downing, you’re dialing up those kinds of plays even more so than you did for A.J. Brown.” - Charles Davis

I think the deebo Samuel is a very good comparison

In case you haven’t been on the front page: 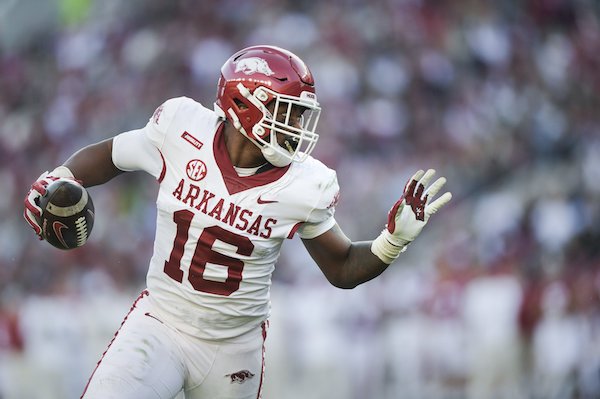 Treylon Burks was selected by the Tennessee Titans with the No. 18 overall pick in the first round of the NFL Draft. He is the first Arkansas receiver selected in the draft since Cobi Hamilton in 2013.

@ArRecruitingGuy
Treylon Burks after Warren defeated LR Christian 55-48 in the first game of his sophomore season in 2016. He finished the game with 5 catches for 133 yards & a touchdown. Burks had offers from Arkansas, South Florida & Memphis at the time.#WPS https://t.co/N5HXu2TxDK 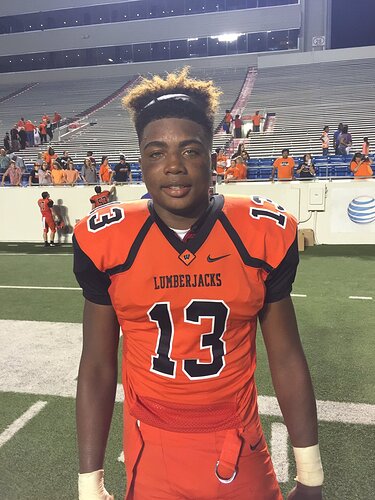