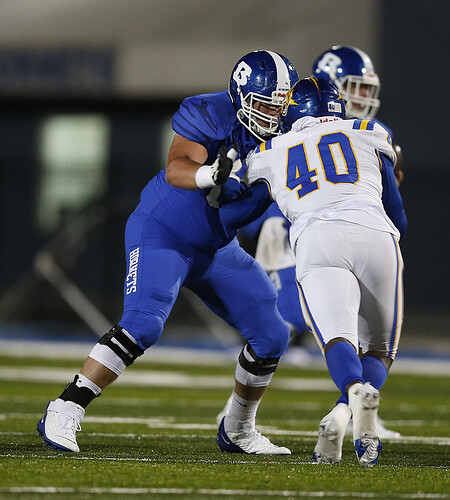 From an outside view by someone who knows nothing about these players, it appears we are pulling some high value kids as PWO who were wanted by many different schools. Richard/Dudley-Who do you see as having the best opportunity to become a major contributor down the road?

I’ve known Edmonson since he was a soph. I told his dad then he would get some DI offers. I thought he would get more but that’s before the portal. I hate the portal for the HS kids. Hate it.

Will talk about some of the others later.

Agree RD I think a lot of HS kids are losing out other than the obvious top 4 & 5 star recruits.

Seems the portal is causing an uptick in PWO offers & commitments. Due to schollies being swallowed up by portal players. At least at AR so far.

On the other hand it could help the lower tier college programs obtain some good HS talent. But then they may just transfer up and out later as well.