While I’ve done my own study on this, I’m curious what the player or insider observations are comparing or installing this offense compared to the one that we were running.

Any thoughts out there?

KB runs a “Veer & Shoot” which is basically a Spread-ISO that has the WR’s spread out so far it looks like a Canadian Football Field.

They isolate the defense’s CB into one on one matchups. The yds per catch average will be ridiculous because of the amout of Go & Post routes.

You will see a lot more pulling by the tackles ala late-90’s to early 2000 Arkansas run game.

Again the WR’s are lined up outside the numbers right up against the boundaries. The inside recievers outside the hashmark.

If the Safety’s up their going to take the top off the defense…if he starts backpedaling then Rakeem Boyd will be unleashed.

I’m not sure there’s been any installing done to speak of. They probably have a playbook but they haven’t run through anything (or better not have; that’s a slight NCAA violation). 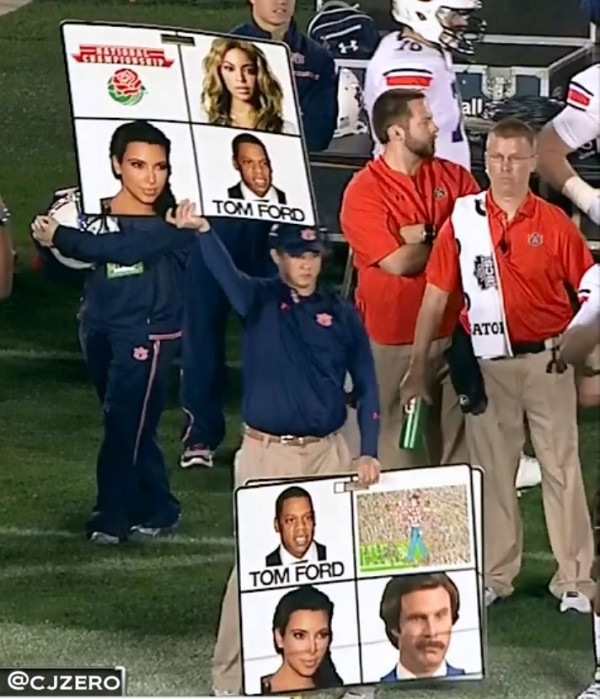 KB keeps a laminted sheet and signals in play’s like a 1st base coach to the QB throwing gang signs with taped fingers.

They can meet with players so the installation has prob started.

What are the disadvantages in this offense? Year one at FSU wasn’t spectacular for KB but better than the previous year.

Yet still passed for nearly 3,500 yds (9 recievers & Tight-Ends averaged a 1st down every single time they touched the ball) and the team rushed for 1800 (well over 2,000 before sacks)

Keep in mind the Oline was atrocious!!

You have to have a very good offensive line to run his system efficiently because there will be a lot of deep balls thrown… the thing that concerns me a little bit is do we have the speed to run those routes and separate against SEC DB’s besides treylon Burks.
He spreads WR out sideline to sideline which spreads out the defense and creates gaps in the middle of the field that can be used to create big guns by the QB and running backs…

This offense like most offenses will only be as good as our offensive line and I think we will be much better but SEC better will have to be seen to be believed.

I think Knox has a chance to make a pretty good sized jump this year in a system that puts him out very wide against smaller DBs. He was not healthy for a good chunk of last year, and of course the QB play was awful, so he is one of my candidates to be a pleasant surprise.

I don’t think you have to be an absolute burner to play receiver in this system. Baylor in the Briles era had some guys that were really fast, and some bigger guys that would out-muscle you for the ball. Additionally one or two guys are going to benefit from Burks drawing so much attention.

I’ve watched a number of the FSU games with KB calling plays. One reason they had so many sacks was that the deep ball takes time to throw and the lineman and running backs weren’t ready for called blitzes.

Another reason for the sacks was when hornibrook was in he wasn’t a running threat and his arm strength was below average.

A running qb with a big arm on the deep ball makes a huge difference in this offense. What I like about this offense compared to the air raid is that it runs more and therefore reduces the number of turnovers or lost downs.

Ole Miss will be a barn burner. I suspect kiffin will have a very good feel for briles tendencies as will KB for kiffins.

As I recall, Terry Bradshaw made a living by just throwing the ball deep and letting Stallworth or Lynn Swan go get it.

ahhh the veer and shoot goes back a few years. As I vaguely recall. Wasn’t Holtz or early years HN running that for awhile?

maybe not. I may have that confused with just the veer only.

Veer and shoot didn’t exist when Holtz was here. Run and shoot really didn’t either; it first came to prominence under Jack Pardee in the USFL in 1984 with Jim Kelly as the QB, although Mouse Davis had used it earlier with Neil Lomax as the QB at Portland State. Pardee then took the RnS across town to Cougar High where it got a Heisman Trophy for Andre Ware.

Basically, as far as I can tell, Art Briles invented the veer and shoot at Stephenville High in the late 90s, then refined it at UH and Baylor (and taught it to Kendal).

Holtz ran the straight veer at Arkansas, which had been invented by Bill Yeoman at UH (Cougar High keeps cropping up in this post). Nutt ran a pretty conventional pro-I in his early years at Arkansas without any option.

Holtz ran the veer. Friend of mine in LR found Kevin Scanlons AR playbook in old trunk he bought somewhere. I read a lot of it. Most of the QB reads seem to focus on the Mike LB. The DE as well.

He eventually looked Kevin up and got the playbook back to him.

I’ll never forget the 1989 Houston/Ar game in War Memorial, one of the best Hog games I ever attended.