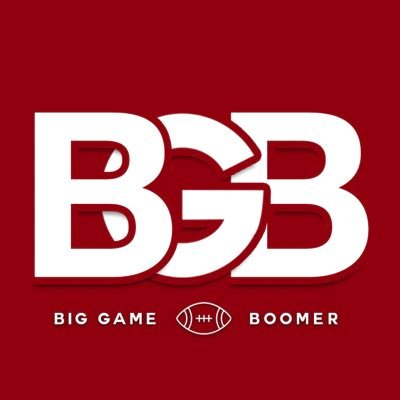 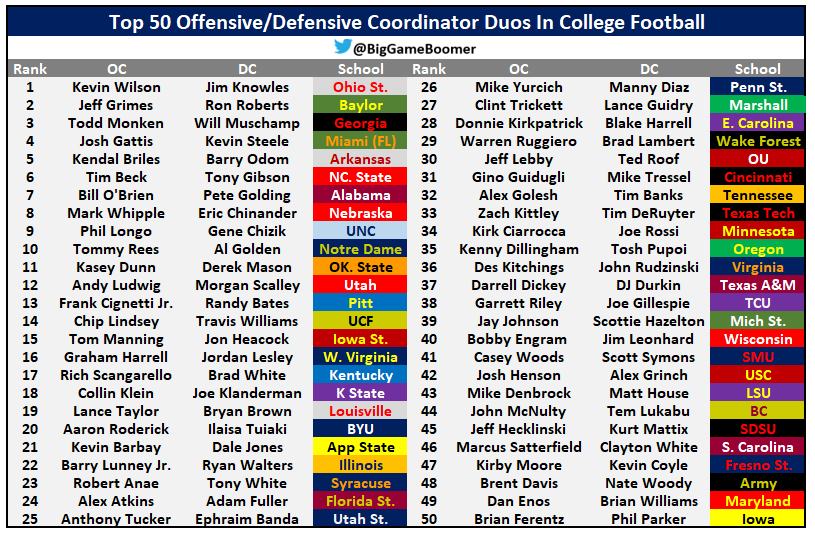 On the defensive side, I take Odom before any of those other guys. There are things I like about Briles after a couple of seasons, mostly the improvement in KJ. With this next season, he has many more tools at his disposal, I want to see some of that questionable play calling disappear. Blah, blah, blah - I know fans are monday morning qb on that stuff but I’ve watched enough football to where some of the stuff the last 2 years just made no sense given down and distance. He seems like a good guy, players like him, recruits well - so I’m not trashing the guy. I just hope to see this offense really hum this year.

I agree with your statements above. After rewatching a few games, some head scratcher play calls seemed to be just setting up the defense for a later play call that I saw on one of the following offensive series. Not all the time but I thought it looked like it sometimes.

I also anticipate it might have been some RPO’s that KJ missed and that should improve this year as well.

How do they come up with this stuff? Guess it is somebodies opinion that knows about as much as we do. Still nice to see our team ranked up there.

I think Odom is as good as any of them. He has had some fair defenses with not that much talent compared to the teams he was playing.

I guess I am with everybody else on Briles. I like him and thank he is very good, but hope he keeps those “trick plays” in a lock box someplace. Perhaps they make others prepare or something or they set up something else, but the results have been just plain bad. I know Sam has made statements at halftime about, “Just run the damn ball.” Kendal probably got the idea.

Briles does a GREAT job. Limiting turnovers wins games. Look at the number of times his quarterbacks throw into coverage. About zero.

Spoken like someone that has a well-mentored understanding of General Neyland’s fundamentals for winning football games.

I am not sure where Briles’ propensity for trick plays might fit in that formula of winning by reducing your risk while placing your opponent at risk. Overall there is not much question that his offense works, and does so while keeping turnovers to a minimum.

We cringe when we see the ball being flipped around on trick plays.

It comes down to expense. That is a word I heard used in an interview I had last week with Cody Kennedy.

We were talking about unbalanced line formations. How expensive is it? He meant how much time is it required in practice to be sound in it.

Same applies for trick plays. How expensive is it?

Surprised that other teams that are easier to recruit or more prominent on paper have not lured Briles or Odom away from Arkansas.

Have to believe that their relatively long term at Arkansas is a testament to CSP, HY, & the overall positive direction of the football program & UofA athletic dept.

I like our Coordinators but would like to see more 4 man fronts and more blitzing on defense and offense,like to see us get the ball up the field more, use the whole field (especially with the speed we have to get the ball to) and be more unpredictable on 1st down.I expect you will see the RPO more than we have before…looking forward to Sept 3.

Surprised that other teams that are easier to recruit or more prominent on paper have not lured Briles or Odom away from Arkansas.

I’m pretty sure one team tried to get Odom, but we matched (or beat) their offer. I don’t recall if they named the team.

I’m pretty sure one team tried to get Odom, but we matched (or beat) their offer. I don’t recall if they named the team.

Believe it was ut Austin.