Briles made Singleton a priority 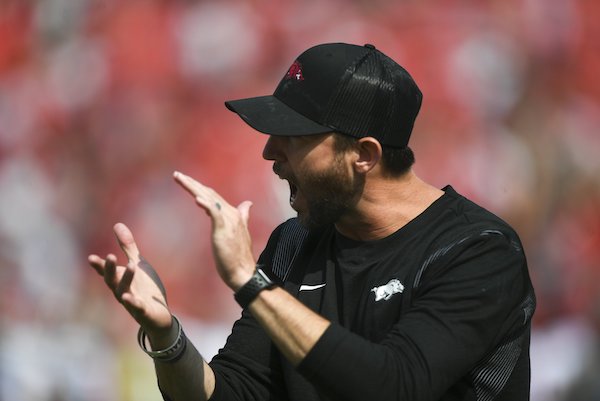 Briles made Singleton a priority

Kendal Briles wasn’t going to be outworked while recruiting ESPN 4-star quarterback Malachi Singleton, who committed to the Hogs on April 25.

love this kid, and I really hope we can hang on to him. he sure looks like a perfect fit to our team.

Yeah and the wolves will continue to keep howling trying to steal him, so he will have to continually keep in his ear about all the great things happening here.

My youngest played at North Cobb; we’ll take in an early game this season. Excited that our HS has become a target for Sam.

Is he a higher-rated recruit than KJ was at his age? When is the last time we had a top 11 QB prospect?

Is he a higher-rated recruit than KJ was at his age? When is the last time we had a top 11 QB prospect?

Looks like he’s rated higher as a dual-threat QB.

I’m sure someone can tell us, but offhand I can’t remember an Arkansas commitment making it to the Elite 11 finals. Again, my memory not the best. 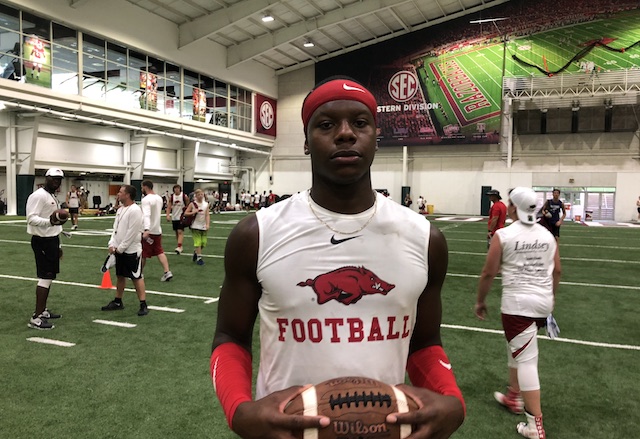 KJ Jefferson was able to get to know many of his future teammates along with fellow commitment TQ Jackson during his official visit this weekend.

Mitch Mustain was in the 2005 Elite 11 finals. The winner was some kid named Stafford; he did okay. There was another kid that year named Tebow.

Elite 11 is the nations’s premier quarterback competition. View alumni and history from the 2005 Elite 11.

.Ryan Mallett was there the next year but of course he signed with Michigan first.

I have been so focused on other more immediate needs that I kinda overlooked this commit. He is a very important recruit for us.

Anyway, that would be the last top 11 QB commit, recently or not.