Armed carjacking is another example of the increasing violent crime in our country. It can happen to celebrities driving expensive muscle cars or soccer moms in mini-vans with kids in the back seat.

The car Robinson was driving, a Dodge Charger SRT Hellcat, is a 200+ MPH beast that bad guys cherish because the police can’t catch it. High speed chases with these cars and Dodge Challenger Demons, Mustangs, and Camaros occur almost everyday around LR and I-40 at speeds over 150 MPH. It’s a new and very disturbing trend that many of you are unaware of. High speed chases are likely fueled by a new generation of high performance cars and this generation’s growing disrespect for law enforcement.

Check out the 30+ Ark State Trooper vids on YouTube. For the safety of you and your family, check your rear-view mirrors frequently and be prepared to move out of the way. Have a safe trip to the game Saturday…and everyday.

Unfortunately carjacking is nothing new. I was taking precautions 20 years ago in certain areas of Houston, and I wasn’t driving a tricked-up car. Certainly took precautions for the 5+ years I drove BMWs (I’m in an old Honda now).

For armed criminals today, carjacking is their version of Uber.

Why would a Governor and Legislature not restrict the licensing of these vehicles to a restricted license? This is not about some constitutionally right, it is instead about licensing vehicles that do not pose danger on public highways and streets. If these cars are manufactured without special modifications licensing at point of sale should control this safety problem.

I know a couple of guys who got rid of their corvettes for these reasons. They thought they might be targeted for a car jacking. I drive a fishing truck. It is a fast truck with a big Hemi. And I have a pistol nearby, as does everyone in Baxter County with a truck. Ha.

And I have a pistol nearby, as does everyone in Baxter County with a truck. Ha.

I grew up in the 50s and 60s in Northern Indiana. Just about every pick-up you saw on the road had a rifle or shotgun on full display hanging horizontally along the rear window. Certainly a good deterent for “truck jackers”. I guess with all the double seat cabs now, it would be a little less handy.

Car Jacking is extremely bad in DC, NYC, Philly, Chicago, New Orleans, and Minneapolis right now. It is at an all time high. I know this will be taken as political but it’s not. They won’t prosecute anyone now so they do what they want. I think they have arrested an 11 year old this year for car jacking. I could not find a recent article but the data is much worse than this article written 8 months ago. It is pretty sad. 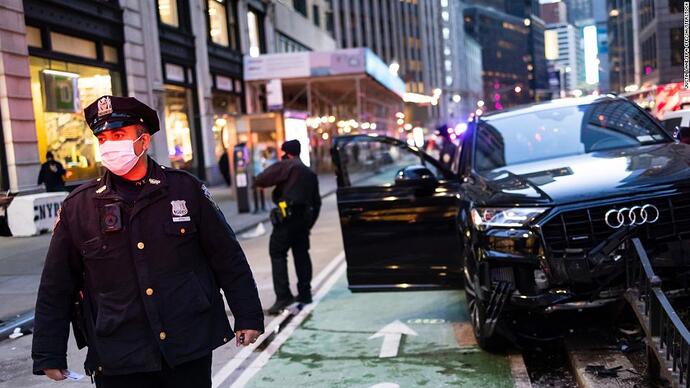 'It's a disturbing trend.' Cities see large increases in carjackings during...

Carjackings have risen dramatically over the past two years in some of America's biggest cities. Large cities that track the crime reported increases in 2020 and 2021, especially as the pandemic took hold of the country. 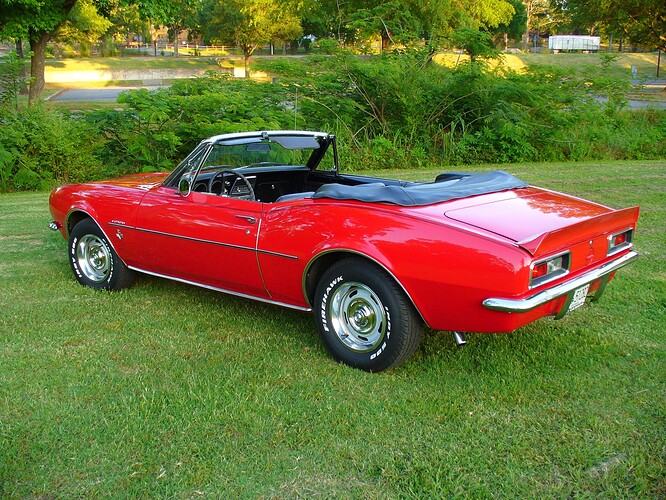 It’s why I just sold my ‘67 Camaro that I restored over 20 years ago. Couldn’t go for a drive in LR without someone following me. Many didn’t look or act like antique car enthusiasts.

A PD buddy said the only defense to carjacking is “don’t stop”, so I didn’t. Kept moving.

Even when you’re armed (like me), you really can’t defend yourself against an attacker at a stop light. They know how to surprise the driver.

What a beauty, just wow.

I’ll never understand this kind of logic. If the car meets all of the definitions to be street legal, that should be it. Just because bad people do bad things doesn’t mean law abiding citizens should be limited. Many people drive cars like this on the city streets safely and pursue their speed interests on tracks where it is safe and LEGAL to do so.

Situational awareness is always important. A good AR pistol is also nice. If I’m in the truck, so is my gun and there are usually more than one. One stays on my person and the other easy to reach next to me. I have a couple of “sheepdog” stickers on the back glass and I’m not talking the canine variety. Criminals know what that mean.

Totally agree. Don’t blame the car; blame the crazy drivers. I really like the new generation of high-performance cars. I mostly admire the amazing engineering that cranks out 800+ HP in a street legal machine.
Worked most of my life trying to squeeze out a few more HP from my small-block Chevy engines. My 67 Camaro had about 350 HP and it was fast. Can’t get my head around 800 HP.