Break on the weather for tonight?

AccuWeather hourly forecast shows rain in Fayetteville until 3 pm, then dry (relatively speaking) until around 9. Maybe we can get a game in tonight.

Weather Channel showing 50%+ chance of precipitation until 9:00.
It’s no wonder people distrust meteorologists as much as politicians

Weather channel showing at least 80% most of the night, can’t see us playing today

Tonight is my only chance to see them in person this year. I’m going with the OP. And hoping for the best. I have my rain gear and have rested my lungs…

If the Weather Channel tells you 80% chance of rain… game on.

I hope we have announcement by then.

Matt, what do you think?

Many politicians will tell you it’s not raining -when it’s pouring on your head. Meteorologists just don’t really know but have to come up with something- more like economists.

Actually, weather forecasting is much more accurate due to computer modeling than it was many years ago. Most of the time, the weather is pretty accurately forecasted.

My dad was a cotton farmer when I was a kid, so I grew up watching Tom Bonner and the weather guys on 4 and 7. Back in those days, weather forecasting was a real crap shoot. Today, not so much…it is usually pretty accurate.

It’s going to rain, the question will be if it’s enough to stop the game. It currently doesn’t appear to be that way, as it’s just very light rain with no lightning.

How did this turn into a political thread?

Would you have felt better if he had said “lawyers”?

Would you have felt better if he had said “lawyers”?

I’d have preferred the thread simply discuss the weather forecast and the likelihood of the game being played today.

It’s rarely beneficial to a sports-themed thread when unrelated topics (politics, religion, lawyers, etc.) are brought into the discussion … regardless of the humor value envisioned by the poster.

and block with the other!

NWS now says rainfall amounts today/tonight for Fayetteville are less than a quarter of an inch except in widely scattered thunderstorms, and any thunderstorms would be over before 2 p.m. I’m guessing we’ll get this game in.

It all depends on which forecast you use. 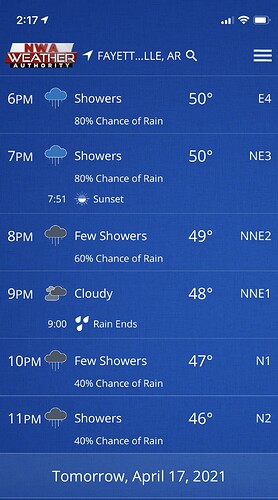 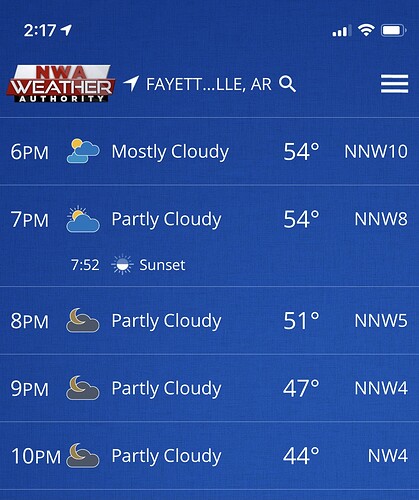 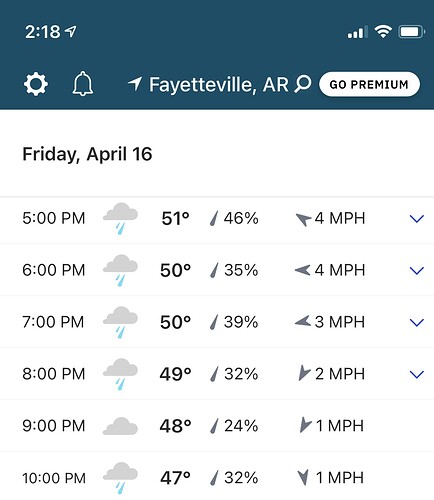 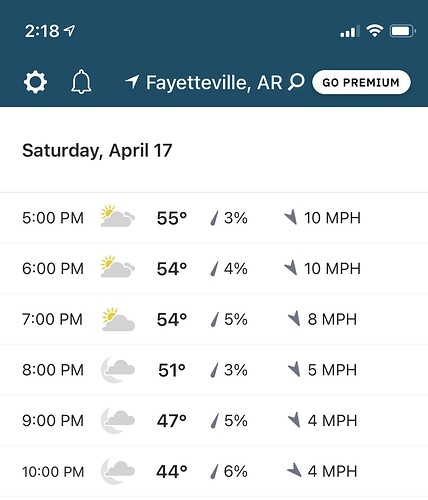 Forget the forecast; radar patterns usually tell a better story. I’ve been watching them off and on all day, and the latest ones make me think we’ll have ball tonight. Some of players may get wet, but the serious stuff should be gone by game time. Perhaps they may have to delay for a bit before starting, but I don’t even think they’ll have to do that. 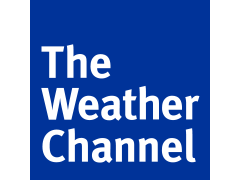 Interactive weather map allows you to pan and zoom to get unmatched weather details in your local neighborhood or half a world away from The Weather Channel and Weather.com

The latest future radar on KWNA shows the rain out of here by 5:30ish, I think Weather Dan is off this week, so we’ll have to trust Rick.