Richard who are you liking for the OLs to finish this class?

St John and Henderson? And surprise?

Add Broderick Jones in there.

We get all 3 of them and we will have a totally different OL next yr!

So ward wants to come here, we string him along and he will end up at Oklahoma right?

I don’t get the Spencer recruiting, he’s just a 2 star.

Wait a second Richard - did you just respond to add Broderick Jones to ‘finish the class’!? That would be a big deal for our Team

His video looks good, Missouri has offered as well.

I don’t get the Spencer recruiting, he’s just a 2 star.

I don’t get posts like ^^^this^^^. It implies that what some cheeto-fingered guy posts by a player on a website means more than our coach’s in-person evaluation and/or conversations with his network that have seen the kid actually play some football.

I wish the frickin’ star system had never been invented, because so many knuckle-heads don’t know how to use the information they get from it. It is perceived (by many) as an absolute “pecking order” of who ARKANSAS (insert favorite team) MUST go after, and it’s just too unreliable to be used that way. Yet, we see posts like the above almost weekly.

I didn’t mean to pee in your cheerios. For a month we’ve been talking about nothing but 4 and 5 star offensive linemen, some who we think will sign with us. Then all of a sudden there’s a 2 star on the radar?

I would think our fallback positions would be at least 3 stars. If you have such a problem with ranking recruits, what are you even doing hanging in the recruiting board?

If it was a 3 star, some would be griping about that, too. Shawn Andrews was unranked when Arkansas offered. Unranked. I called the recruiting “expert” with what was then Rivals (our network) and asked if he might have missed on Shawn. Pretty soon, he had him a 5 star. But he was unranked.

Sam’s ability to evaluate offensive line potential would seem to be his area of expertise.

Notify Coach Sam immediate, NO 2 Stars to be Recruited!!

I heard JoeBurros was a2 star. Don’t know if it’s a fact.

RD…it has been 9 hours since Bayouhog posted this…your layout/going dark on him could be speaking volumes about your earlier post lol.

Of course you know I am only messing with you RD but hey, if you can’t respond on it we understand and there is typically a solid reason why. Appreciate all you do sir!

We just saw a glaring example of not putting too much stock in stars: 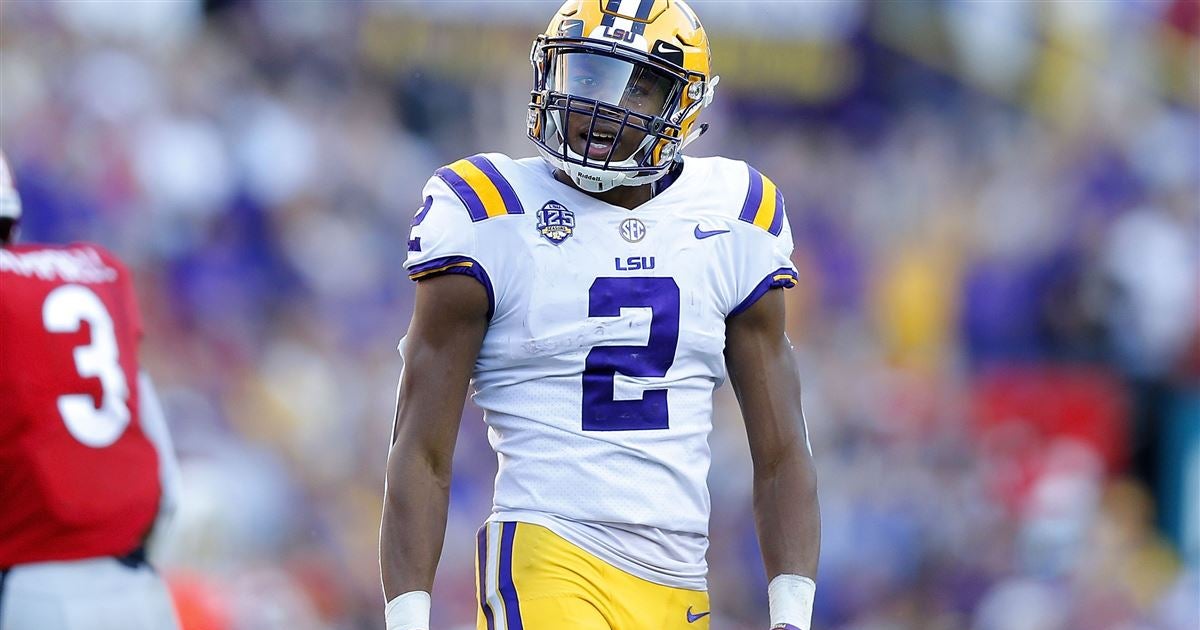 Explaining how everyone missed on Justin Jefferson as a recruit

NEW ORLEANS – Nine-year-old Justin Jefferson climbed the stands of Tiger stadium, awed by the 100,000 fans screaming in unison for his brother’s team. Jordan

I would think our fallback positions would be at least 3 stars. If you have such a problem with ranking recruits, what are you even doing hanging in the recruiting board?

Has it not occurred to you that there is good information to be had here other than star-related content? It’s not like you HAVE to be a star-gazer to be interested in recruiting. Many are, but some of us understand that there’s a LOT more than stars involved.