Bosnic signed with the Pirates

The South Carolina transfer came to a last-minute agreement. This was unexpected after the Pirates’ GM said late last week he thought they would not sign any other players. 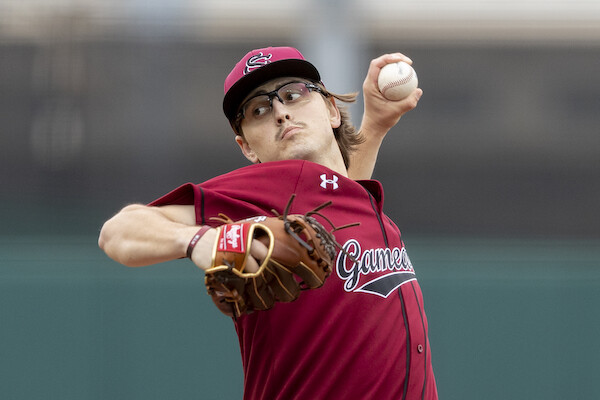 Pitcher committed to Arkansas signs with Pirates before draft deadline

Julian Bosnic, a left-handed pitcher from South Carolina who verbally committed to Arkansas as a transfer, signed with the Pittsburgh Pirates on Monday.

you are kidding me!!! that is a big time gut punch SMH

Isn’t that just like a Pirate…to loot your goods when you least expect it!

you are kidding me!!! that is a big time gut punch SMH

I don’t think he was ever coming here. I believe he was using us for leverage. Just MHO.

Well by all accounts of pirates were not going to sign him. The way it sounded to me they had money all of a sudden at the end and he decided to take it. Either way it’s a big blow to us because we needed him

As of about 10 days ago, Arkansas’ coaches thought he might come.

The Sprinkle and Bosnic situations underscore one of the reasons college coaches do not like the July draft. Teams are going to waste their time recruiting transfer players who ultimately going to sign professionally. A traditional June draft date would eliminate that component.

Seems to me that MLB doesn’t care at all about college baseball. Maybe they never have. I’ll admit I’m not a big baseball guy, but it seems ludicrous to waste time and money recruiting guys who can leave on a whim. I’ll submit that DVH has the hardest job of the 3 major coaches on campus…by far.

No the MLB could care less about college baseball Jeremy you have got that right for sure. That’s the problem

According to Baseball America, Bosnic signed for $125,000. That is the maximum he could paid without it counting toward the Pirates’ bonus pool for top-10 rounders.

MLB’s view of college baseball is as a cheap way of developing talent. They were able to cut the minor leagues back significantly because they’re getting free development, especially in the SEC and Big 12. The NFL has never had a significant development league, and the G League is as close as the NBA has gotten.

I’m surprised that players still have the flexibility to be drafted by MLB and still return to school if they don’t sign. Certainly that’s not the case with the NFL or NBA. And if the NFL really thought high school kids, or college freshmen, were ready to come out, they’d change the rules and start drafting them too. It’s looking like the NBA is going back to drafting high school kids soon as well.

Both the NBA and NFL used to have rules that you had to be in college for four years before you could be drafted. In the case of the NBA, the Supreme Court threw that out in 1971 in the Spencer Haywood case. A lower court made a similar ruling in 2004 for the NFL’s three-year requirement, but that was struck down on appeal and never made it to SCOTUS. However, one of the appeals court judges who heard that case was Sonia Sotomayor who is now a SCOTUS justice.

You would think they would have a great appreciation for college baseball because I remember seeing a graphic last year saying that 46% of major league baseball players came from college(only 28% from high school) which should tell these kids your best chance in making the pro baseball is to go to college!!I understand family situation sometimes can push kids into a decision where they have to have the money but if that’s not the reason then you are by far better off going to an SEC or big time college School and playing your 3 years because you will come out far ahead of just going to low rookie ball and trying to work your way up and taking them 16-18 hour bus rides.

College baseball scholarship structure doesn’t help when it comes to decision making for some of these kids.