Another great HOF’er has passed at 84 years of age. RIP and prayers to the Gibson Family.

My favorite player of all time. 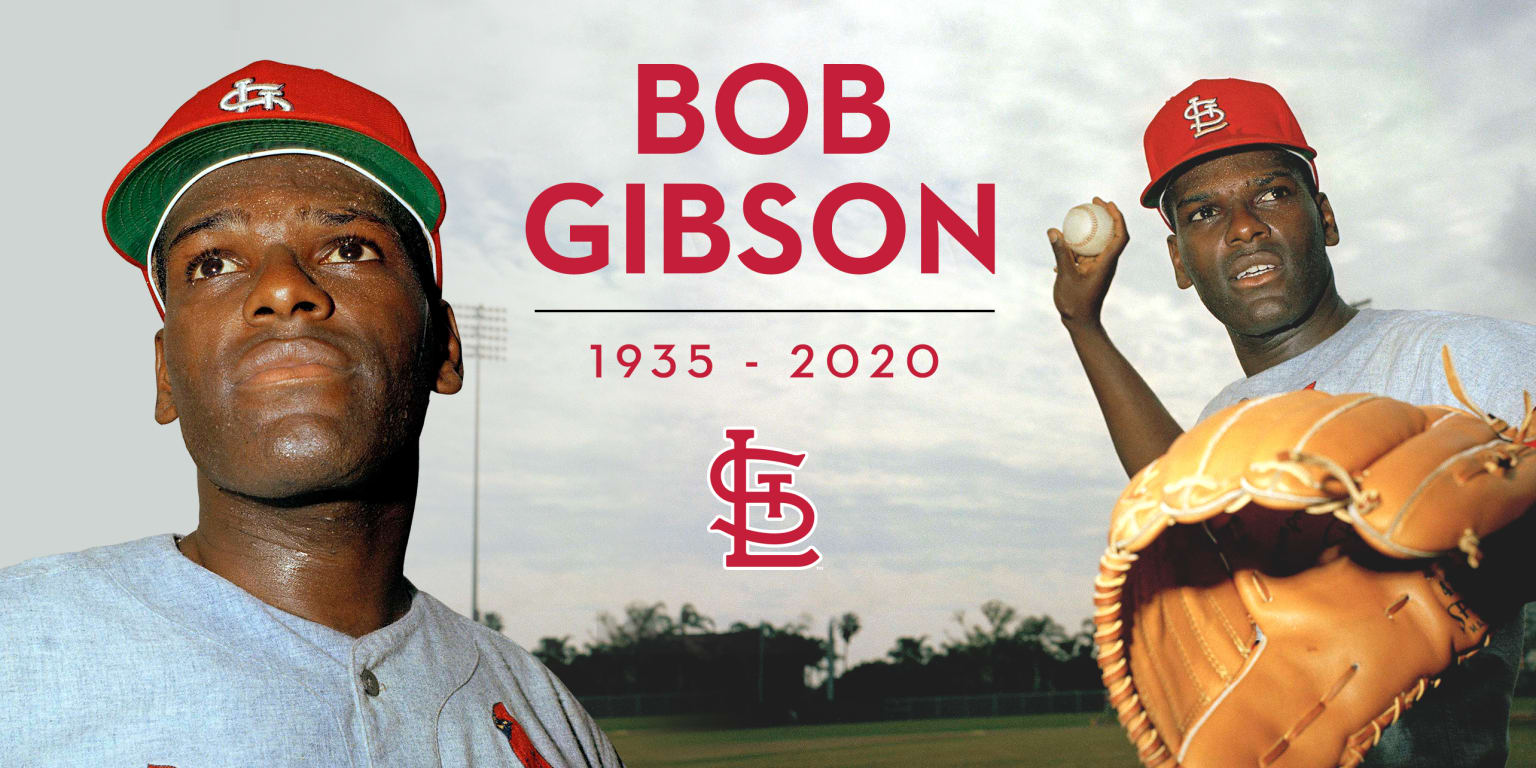 He’ll be remembered most for that which can’t be measured or even accurately explained. Sure, we have plenty of facts and figures we can use to celebrate the great baseball career of Bob Gibson \-\- the wins, strikeouts, shutouts, Cy Youngs, Gold...

My favorite player of all time.

And may I add, a member of this board gave me a ball signed by Gibson. I treasure it.

Well 2 of my 3 boyhood idols have checked out in the last few weeks. First Lou Brock, now Bob Gibson. Would someone please check on Lance Alworth?

Got to meet him in Tulsa once at a Red Bird Caravan. Imposing human being both physically and mentally.

Bob Gibson was a imposing player, he pitched with a mean streak. Many batters experienced the inside pitch that he used to command the strike zone. Some may remember that he was also a pretty accomplished basketball player, spending some time, if I remember correctly, with the Globetrotters.

Yes all true. Mean, imposing and willing and capable of knocking a man down with his fastball. But as some of you oldtimers with really good memories may recall, he couldn’t break glass.

The best story I read about Bob Gibson was about 10 years ago when he was in his 70’s. A guy cut him off in traffic, Gibson followed the guy for 20-25 miles and the guy stopped at a convenience store. Gibson went over and whipped the guy’s butt. I never was a Gibson fan until I read that. He always put it on my Yankees.

As good on the mound (which they had to lower because of him) as there ever was. Holds the ERA record for that year.

Heard him say the inside of the plate was his. He could and would take the nose hairs off a batter. Once an Ump came out to warn him about throwing at the batter. He told the Ump that if he had threw at the batter, the batter would not be standing there.

I remember a typical Gibby moment. The Cards and Cub were 1 & 2 mid season. Gibby walked the first 3 batters and the manager got up. Gibson looked at him hard and the manager sat down. Then he threw 9 more pitches and walked to the dugout with 3 Ks. The Cubs never reached 3rd again. Oh yes, he said the game is 9 innings so I pitch 9 innings!