Not approved by the Canadian government. Reason seems to be teams would be crossing the border from places with a higher chance of virus transmission (i.e., US cities). 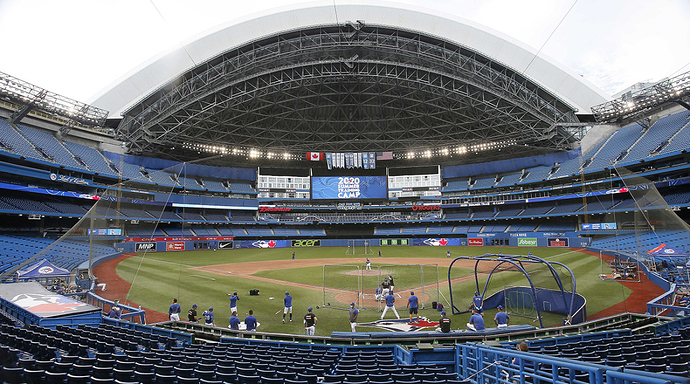 Blue Jays Not Allowed to Play Games in Canada

The U.S.-Canada border remains closed to nonessential travel until at least Aug. 21.

I saw something last week that they’d talked to Buffalo about playing “home” games there in the ballpark of their Triple A club.

Further update: The Jays would like to find an MLB park to use, either current or former, but may not be able to do so. Former parks still in existence include RFK in Washington and Turner Field in Atlanta. Sublease options include Tampa Bay.

There’s also the possibility that they wind up with multiple “home” parks. 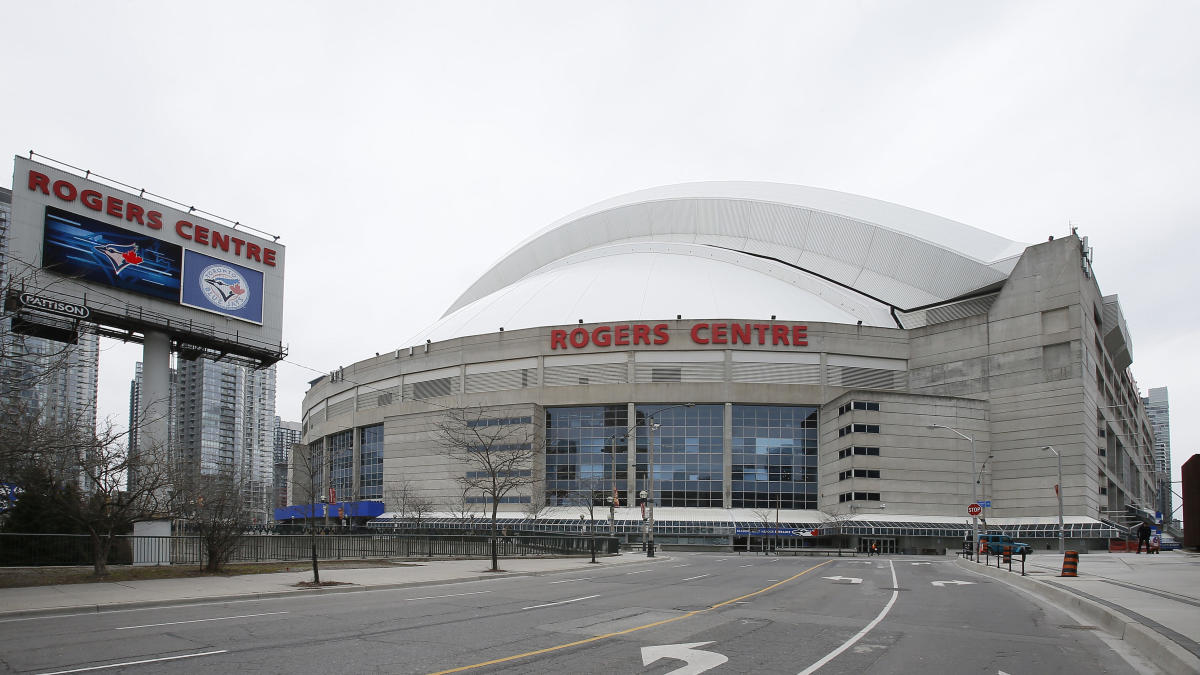 Blue Jays seeking MLB park to play in after Canada declines to grant them...

Good luck trying to get to play in Turner Field. They have renovated that into a football stadium for Georgia State back in 2017. It’s a football only facility now. 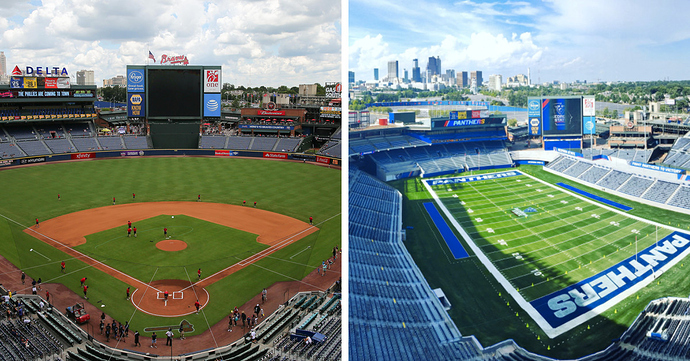 How the Braves’ Turner Field transformed into GSU’s football stadium

If it weren’t for its geography so far from the East Coast, I think TD Ameritrade Park in Omaha would be a great place for the Blue Jays to play this summer.

RFK isn’t set up for baseball any more either,. Most of its recent use has been for soccer. There was a report this morning that they’re trying to share PNC Park with the Pirates, but there are seven overlapping dates there.

They’d really prefer an MLB park because of lights and other things that just aren’t quite as good even in Triple A. However the AAA parks here in NC, Charlotte and Durham, are darn near MLB level (Charlotte screwed up by not making it easily expandable to MLB size or it might be in line for the next expansion/relocation opening),.

I suspect they might split time between Pittsburgh and a minor league park. Since fans aren’t going to be there, I’d think Omaha might be a candidate (doesn’t really matter how far it is from Toronto, and they could start at the proper time for their TV partners), but again are the lights to MLB standards?

If it weren’t for its geography so far from the East Coast, I think TD Ameritrade Park in Omaha would be a great place for the Blue Jays to play this summer.

Yeah, if they hadn’t set up the schedule to geographically condense the “divisions”, it would have been good. But I would think the Buffalo park makes as much sense as any place.

The MLB has said none of the minor league parks are suitable for the Blue Jays to use this year because they do not meet either the lighting or locker room specifications. The Blue Jays are either going to have to find an old MLB ballpark to use, and there aren’t many, or share with another team.