Brian Bennett of The Athletic applies blind resume comparisons to three sets of teams: Four contending for #1 seeds, three somewhere in the middle of the bracket, and four who are bubblicious.

You will not be surprised to learn that the Hogs are one of the three in the middle of the bracket (especially since the photo at the top of the article is JWill after the Auburn game). The other two, we find out, are Wyoming and Indiana. The Cowboys are favored by the results-oriented metrics, while the Hogs are favored by the predictive metrics. Indiana has the worst Q1-Q2 record of the three, but we have those two bad Q3 losses the other two don’t have. He put us slightly ahead of Wyo on the 7 seed line, largely because of the wins over LSU and Auburn, while the Hoosiers are a few spots lower.

As for the other two comparisons, he went with Arizona and Purdue as 1s over Kentucky and Kansas. At the bottom, San Francisco gets the final bye despite a Q4 loss to Portland this week, San Diego State is barely in, as is Notre Dame, and West Virginia is the first team out. ND gets in despite poor computer numbers largely because of some big wins, and because the Irish are somehow tied for first in the ACC with Dook.

As always with The Athletic, paywall. 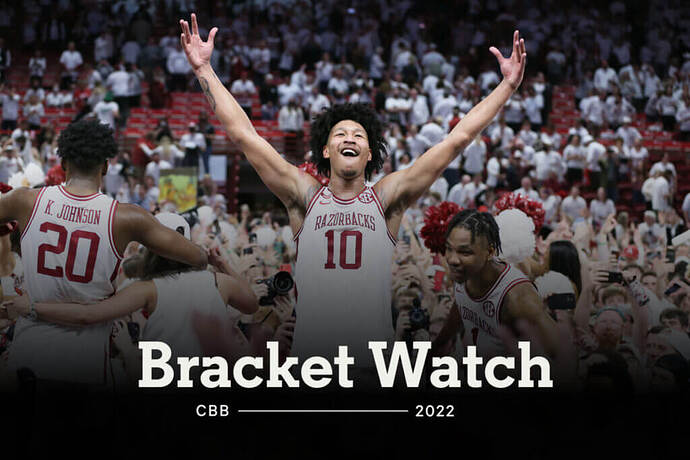 Who joins Gonzaga and Auburn on the No. 1 seed line? Take out challenge and make your picks.

Speaking of our Q3 losses, Vandy has crept up to #81 in NET. Their next two games are Tennessee and Auburn. If they somehow win one of those, that might get them into Q2. Hofstra, we’re just stuck with.

Also from The Athletic, Eamonn Brennan detours from his power rankings to break down the last few seconds of the Auburn game and how we knocked them off. His conclusion:

Lots of teams would have lost in Bud Walton Tuesday night. Let’s just put it that way. 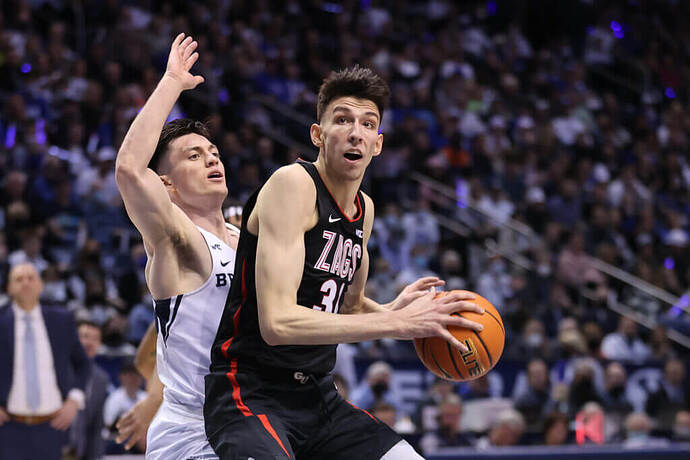 The comments at the bottom are pretty good. Including a couple from me.

largely because of the wins over LSU and Auburn

I wonder what part of 9 straight wins during the league schedule the pundits miss, while focusing on Hofstra during the Holidays.

I think probably right now a 7 or 8 seed based on our resume at this point is about right. We have two quality wins, which is twice as many as we had Tuesday morning. We can make that three tomorrow.

You and I have watched every game, we know how much better the D is and how we’re hammering people (Georgia beat Bama and took Auburn to the wire at home; we blew them out). But pundits still see those bad losses in December and January, how OU blew us out, etc.

By the way, in the new Bracket Matrix we’re up to a 7 and we’re finally on all 112 brackets. The best seed we have on any bracket is a 5; I count five of those. But we also have some 11s from people who haven’t updated since Tuesday morning.