Big day for Grant Morgan and a few Razorbacks 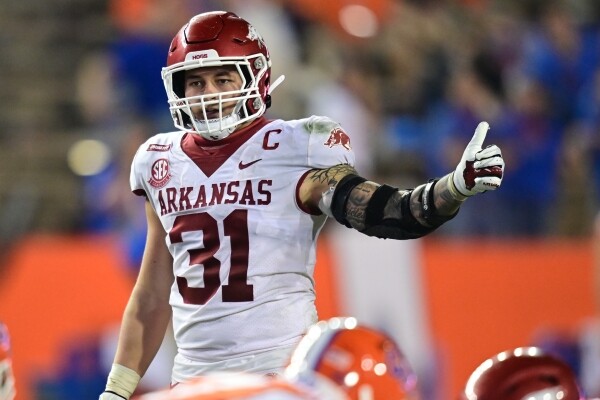 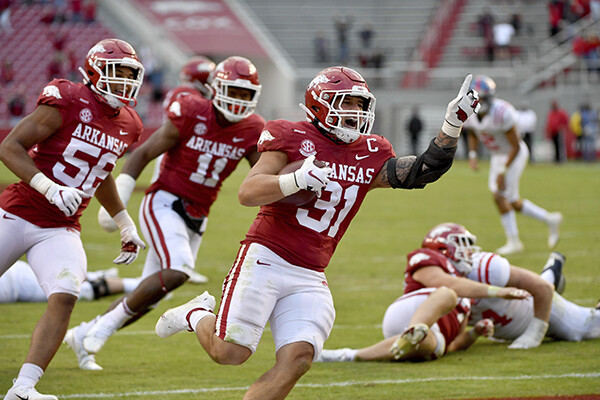 Arkansas linebacker Grant Morgan was named one of three finalists for the Burlsworth Trophy on Tuesday.

This is a big deal. You’ve got to have names on that list if you want to be competitive and recently they have been depressingly few and far between.

This is a good sign and I predict there will be more than four on next year’s post season All-SEC teams.

At the start of the season, I heard one guy in the media stating that the knew one thing for certain and that was Arkansas’ linebackers were the weakest part of the Razorbacks’ team.

File that one under #oldtakesexposed.

It’s why you should be cautious about speaking in absolutes.

Before the season began, nobody would have dreamed Grant Morgan would have ever made first team all-SEC except Grant, probably. He played great this year and I mean great. He and Bumper Pool were just amazing.

Treylon Burks played great, also. Those boys from Alabama took up all the receiver spots…those guys and the Florida tight end.

Jalan Catalon was a real hoss. I didn’t mean to leave him out.

Morgan was amazing! I was concerned about our linebacker play.He shows that if you do film study and play with an attitude,you can accomplish great things.

So true GOHOGS! But it ain’t over yet!

At the start of the season, I heard one guy in the media stating that the knew one thing for certain and that was Arkansas’ linebackers were the weakest part of the Razorbacks’ team.

Morgan has been a revelation, truly a remarkable story…

… but outside of him I’m not sure there is a SEC LB on the roster. Pool is routinely exposed as slow and is a compiler of stats with shared/half tackles.

When Morgan is off the field we are routinely exposed.

That media member might be right on. What was the weakest position for UA if not LB? Place kicker? OL?

DLine was not very productive at all this year. I realize there were many games where we rushed only 3, but nobody other than Marshall could hold their own.

I’d rank LB play ahead of Dline for sure, and probably slightly ahead of Oline.