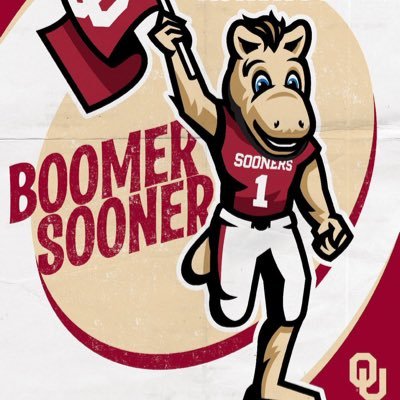 The Best Restaurant In Every College Town https://t.co/WUE3WVs3dR 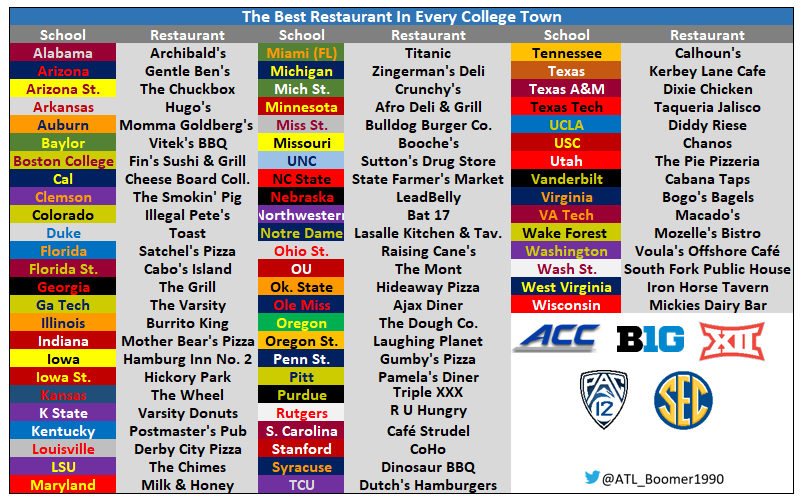 I have no idea about the accuracy of the entire list but I do love me some Hugo’s! And the author must not be an Ohio St fan… Raising Cane’s the best restaurant in all of Columbus

My own personal preference in Fayetteville is Bordino’s, but judging from that list he’s not going for upscale places. I do like Hugo’s a lot though.

Maybe the best Texas Toast I ever had. OSU has a huge enrollment and the quantity of great eating places to appease the college crowd is mindboggling.

Kerbey Lane Cafe in Austin. Fond memories. Now that Threadgill’s is gone…excellent choice. Hard to argue with Hugo’s, either.

Hugo’s also wins for consistency through the years. It was just as good 15 years ago. Best chicken sandwich anywhere.

Can’t speak for the others, but as a UA alum and resident of NWA for nearly 25 years now, they got Fayetteville right with Hugo’s.

Hugo’s was a hot spot when I was on campus (78-82) and was still great years later when I returned to recruit potential graduates years later. They had nachos with shredded jalapeños that were the best… good memories.

Calhouns is definitely not the best in TN…

Calhouns is definitely not the best in TN…

Agree. I lived in east TN for 20 years. Went to Calhouns on the river in Lenoir City many times. It was fun with large parties but not the best BBQ.

In fact I never found a BBQ restaurant in east TN that I thought was any good.

Pretty eclectic list, but he does capture places like Archibald’s in Tuscaloosa (bbq cooked and served in someone’s back yard) and Satchel’s Pizza in Gainesville (really unique food and atmosphere and wild decor), unique places that only locals (and I, who search out such places when I go to away games). But Sutton’s Drug Store (in Chapel Hill, where I live)? It’s an old drug store, with a lunch counter, and old sports photos on the wall. Great place, but neither I nor anyone else would call it a restaurant. Come to think of it, a man’s backyard is not a restaurant either.