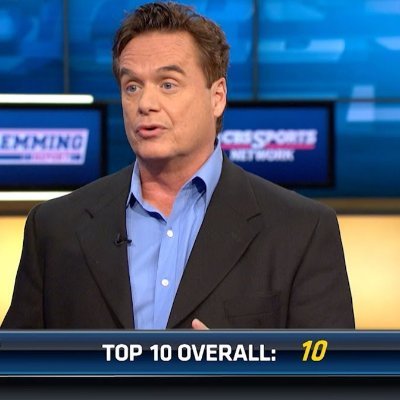 I get asked all the time who was the greatest player I've seen in my 41 years. To me it was a kid from DuPont High School in West Virginia named Randy Moss. To this day I've never seen anyone with that kind of talent. @RandyMoss
hogstetrician March 16, 2020, 11:01am #2

Moss was certainly a great one. I never saw Moss in high school, but Basil Shabazz certainly had talent comparable to Moss.

The most dominating player I’ve ever seen in HS is Eric Mitchell. I’ll bet he wishes now he came to the hill.

He was a hoss.

I knew he had some legal trouble but forgot he originally signed with FSU.

After originally signing a letter of intent to play college football with Notre Dame in 1995, Moss took part in a racially charged fight at his high school that left one person hospitalized.[16]On March 23, 1995, Moss had backed a friend in a hallway fight against a white student who had allegedly used racist comments towards Randy’s friend.[15] Moss was initially charged with a felony for kicking the student, but it was later reduced to a misdemeanor. On August 1, 1995, Moss pleaded guilty to two counts of misdemeanor battery and was sentenced to 30 days behind bars at the South Central Regional Jail in Charleston, West Virginia. He served 3 days in jail starting that night and would be required to serve the remaining 27 days within the following 18 months, after he completed his freshman year in college.[17] Moss was expelled from DuPont and completed his education at Cabell Alternative School.[16]

Notre Dame subsequently denied his enrollment application, but this did not stop another high-profile college football program from giving him a chance. Notre Dame officials suggested he attend Florida State due to the reputation of its coach, Bobby Bowden, for handling troubled players.[18]

Because of his signed letter of intent at Notre Dame, the NCAA considered him a transfer student to Florida State,[16] so he had to redshirt the 1995 football season.[18]

In 1996, while serving his 30-day jail sentence in a work-release program from 1995, Moss tested positive for marijuana, thus violating his probation, and was dismissed from Florida State. He served an additional 60 days in jail for the probation violation.[18]

Ultimately, Moss transferred to Marshall University, about an hour’s drive from his home. Because Marshall was then a Division I-AA school, NCAA rules allowed him to transfer there without losing any further eligibility. In 1996, he set the NCAA Division I-AA records for the most games with a touchdown catch in a season (14), most consecutive games with a touchdown catch (13), most touchdown passes caught in a season (28 – tying Jerry Rice’s 1984 record), and most receiving yards gained by a freshman in a season (1,709 on 78 catches), a record which still stands. Moss was also the leading kickoff returner in Division I-AA on the season, with 612 total yards and a 34.0 yard average. The 1996 Marshall Thundering Herd went undefeated and won the Division I-AA title, with Moss having four touchdown receptions in the 1996 NCAA Division I-AA Football Championship Game.[19] It was Marshall’s last season before moving to Division I-A.

At the Southern Conference indoor track championships, Moss ran the 200 meters in 21.15 seconds, missing the conference record by only .02 seconds.[20] Although Moss had not raced competitively for four years, his time was one of the best in the country that year.[21]