For one thing, Moncrief was at one time the best defensive player in the league and I recall one year he led the team in steals, scoring and rebounds. That is a big triple.

In the NBA what was Moncrief better at than Pippen?

Quite a few things, Using Pippins CHI only stats and Sid’s MIL only stats:

Pippin’s overall rebounding (6.8 RPG) and assists (5.3 APG) were just over and just under 1 per game better.

Scottie was a very good defender. Sidney was an all NBA great defender.

Plus…Sidney was a leader. Pippen was not…and that became evident when the Bulls became Scottie’s team. I repeat, If Sidney had played with MJ, he would have had the same number of titles.
In the pre-free agency era, some great players just got stuck on teams that couldn’t quite get over the hump. Look at Jerry West. Couldn’t quite beat Boston. Milwaukee always seemed to come up short against the 76ers. The Doctor and Moses.

So why was Pippen voted one of the 50 greatest players ever and Sidney was not?

That’s not what the question asked, though.

Hey, if you want to take all of Pippen’s seasons and include Moncrief’s one season with Atlanta after retiring, we can do that. It will just make the stats’ spread more in Sid’s favor.

The only real things Scottie had over Sid is longevity (staying healthy) and Michael’s NBA titles. Both are important. In quality of NBA play, Sid’s well ahead.

Win shares and PER, the most important stats IMO, all point to Pippen.

Outside of this board and maybe one in Milwaukee, this would be a laughable topic

Yeah, I guess the actual stats must be lying huh? Keep trying, maybe you’ll be able to convince someone.

If Pippen had a 5 year career, Michael “may” not have had a 6th title. If Sid had played beside Michael, he “may” have had 7 titles.

Were both Sid and Scottie great NBA players? Yes.

When it comes to Moncrief, there are a lot of “could haves”. But Pippen has done it. I would definitely put Pippen ahead because he is a a Top 50 player as hog2009 said. And I still put Johnson ahead of Moncrief because of the “could haves” with Moncrief.

On the other hand, it is very understandable why a lot of fans would put Moncrief at the top because of what he did as a Razorback and is the most respected player ever in Arkansas.

But the original question was who was the best NBA player and not who did most for Razorbacks and who is the most popular.

Talk to Don Nelson. Nellie would set you all straight.

“Nothing stands out with Sidney, and everything does,” says Nelson. “It’s not one minute, it’s 48. It’s not one play, it’s every play.”

Every damn play is right. Pippen had the stats and championships. But he wasn’t a fraction of the leader by example Moncrief was. Pippen did a lot of moping. Sidney — who also had the stats — is my favorite Hog of all time, in any sport. It’s an insult to Sidney to say Pippen was the best basketball player from our state. Sidney does not deserve to be insulted. Hallowed Hog. Legendary Arkansan.

On O Moncrief had a slight edge in points mainly because he was much better at the line, which makes for a more consistent scorer. He was a smidge more efficient everywhere but the arc. He was the better ORB. Pippen got more dimes but also more TOs. It’s virtually a dead heat, and one played with the greatest scorer of all time. On D Moncrief won NBA Defensive POY twice. Pippen was great at that end as well. It’s difficult to compare numbers because Moncrief was guarding guards and Pippen forwards.

Moncrief wasn’t voted into the top 50 for two reasons. One, injuries limited his peak years. Two, he played in a small market when 90% of the nationally televised games involved at least one of the Lakers, the Celtics, or the 76ers. If he had had the exact same career in a Knicks uniform, he would have been voted into the top 50. Personally I put more weight on peak years than steady long-term consistency. That leads to players like Moncrief and Walton to be criminally underrated by history in my view. Pippen and Moncrief were both great players. Neither has an open and shut case over the other.

Surprised no one ever gives Andrew Lang and recognition. Stats not over whelming but 11 years in the league should count for something

If you nominate Andrew Lang then Caldwell and Major Jones ought to be in. And Derek Fisher. None of those guys remotely compare to Sidney or Pippen. Or Joe Johnson.

None of those guys remotely compare to Sidney or Pippen. Or Joe Johnson.

I agree with this statement.

Let’s dont leave out Jim Bad News Barnes from Tuckerman. He had a solid career in the 60’s.

All four Jones brothers were in that best Arkies list I found. I was surprised Caldwell wasn’t higher, honestly. Philly was really good with him in the middle, but he wasn’t around for the Sixers’ title; he was in the deal that brought Moses Malone to Philly, who did win the title.

Lang was 16th on the list. Corliss was 7th, just behind BP. Boot was 10th (Ronnie Jr. was born in Portland while his dad was playing there, thus does not qualify for this list). Joe Barry Carroll, another one that left Pine Bluff young, was 12th. Bad News Barnes is also on it.

Since I’ve referred to that list several times, here it is. 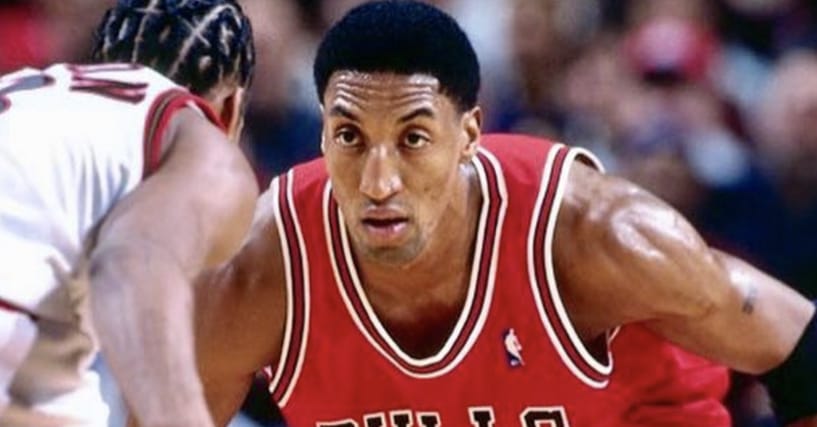 The Best NBA Players from Arkansas

Here are the best NBA players from Arkansas. Featuring Hall of Fame greats, superstars, and active players, this list of basketball players who were born in Arkansas includes Scottie Pippen, Derek Fisher, Mike Conley, and Joe Johnson. Who is the...

This was updated last summer so Dan Gafford isn’t on it at all. Wonder where he would be for the next update?