late to post. Ryan is visiting A&M this weekend.

@ArRecruitingGuy
Arkansas 5-star target @_Ryanwingo1 had 4 catches for 124 yards, 2 touchdowns, 65 yard punt return for a touchdown, rushed once for 17 yards & punted twice for a 56.5 average in @SLUHfootball win over Vashon. #WPS https://t.co/7Ag6iGMRvR 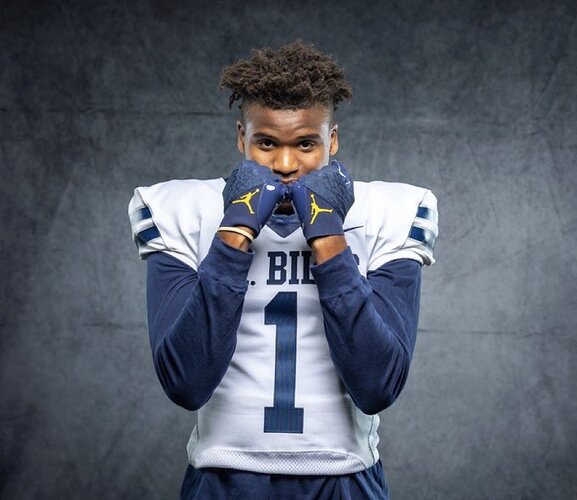 Has there ever been an out of state 5-star that we can’t afford to lose more than Wingo?

Wingo is obviously a rare, special talent. I sure hope he chooses to be a Razorback.

Did we ever have a real shot at Peterson? I have no idea who the 2nd dude is, and the third cat was a bust.

I’d say equal with wingo. But luckily we had DMAC the following year.

DGB may or may not have been a bust with us and wingo may be a bust. DGB was #1 overall like AP. Richardson had problems but again hindsight is irrelevant to answer your q.

I believe there will always be great basketball recruits that think like Nick Smith. He said NIL was a non-factor in his choice of school. It was all about the coach, the team, and winning championships. He wanted to go to a team he thought had a great shot at the final four and maybe a National Championship.

There’s a big difference between waiting one year for the millions of dollars and waiting 3 years.