The basketball team started some team workouts today according to several tweets posted yesterday. Does anybody know who all is there? I’d be really interested in whether Isaiah Joe is participating.

I am assuming Joe is there. The workouts will be good for him regardless of whether he comes back or not. So far he has been part of most off-season workouts.

I would assume so too. I actually heard today that he is not participating, so I’m hoping that is a false rumor.

We have in a request to find out.

Joe was not at practice.

I doubt he’s going to participate until he takes his name out of the draft. Deadline is in two weeks IIRC.

I’m not very optimistic on Isaiah coming back at this point. I’m hopeful, but assuming he is likely to stay in the draft. We won’t be as good obviously but still will be tough.

Could you give us a little more info, RD? I’m sure you know every single person reading this has been on the edge of their seats for months just waiting for IJ to make an announcement. Given what he means to this team, and all the terrible crap we’ve all been thru the last few months, is it too much to ask for him to just say he’s coming back? Maybe I’m selfish, but I’ve waited 25 years for Hawgball to matter again. Why would he put all the fans thru this for a 2nd round draft grade? The decision seems obvious. I just wish he would make it already.

And I’m just gonna say it, the only Hog in the last 25 years who did the right thing by leaving early, was Joe Johnson. This, of course, can be argued, but can any of you tell me any players that didn’t screw themselves and the Hogs by leaving early? I guarantee it’s a short list.

I’m sure he’s talking to teams and trying to get as much info possible.

I’ve always said I expect him back but obviously can’t say with certainty.

ugh, I hate hearing that. we have players leave early at a regular pace, I bet the % of those who could leave early or could come back, is very highly “go”.

But aside from Joe Johnson, Corliss, who else has done well to leave early? I know I’m forgetting someone, but IJoe is such a good college player, and he is going to have a very tough time adjusting to NBA. another year to work on handles and gain 10 pounds and maturity would help.

Maybe he’'s just wanting to go to europe and make money? I’d love that, but most of these kids have NBA dreams. Like scotty thurman, qualls, Robinson, etc.

Wish IJoe the best, wherever he goes I’ll be pulling for him.

Depends on what your definition of “doing well” is. Portis and Gafford are not suffering because they left early. Both have healthy contracts. I would say it is too early to say they are NBA failures.

And some leave early to become pros and not NBA players, such as Marshawn Powell and Michael Qualls.

BJ Young is the one you could say failed. His sights were on NBA but never got there. 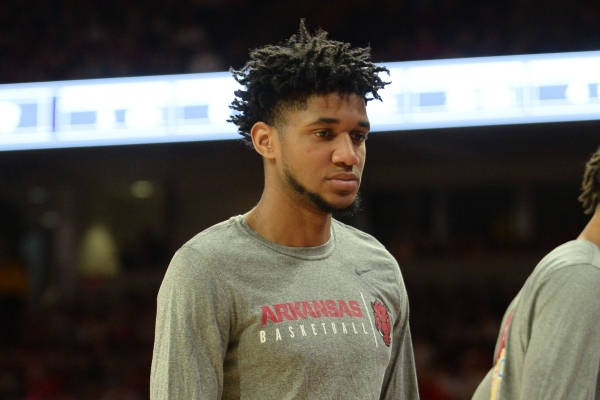 Isaiah Joe didn’t take part in the University of Arkansas basketball team’s first offseason practice on Monday, but he remains a member of the Razorbacks.

Patrick Beverley might disagree with that, although it took him awhile to get to where he is today. Did he screw the Hogs? As I recall, he had an “issue” that might have resulted in not being able to remain on the team even had he wanted to stay, so not sure his leaving early resulted in damage for that specific reason alone.

Yep, PBev was not going to be able to return. A tutor wrote a paper for him and he got caught.

Portis made the right decision as did Corliss.

Portis made the right decision as did Corliss.

Corliss probably stayed here a year too long. His draft value was higher coming off the NC.

That is probably true, but he definitely didnt need another year in college.

Corliss probably stayed here a year too long. His draft value was higher coming off the NC

I think Gafford’s stock dropped a year later too.

Scotty and Corliss may have valued the opportunity to win back to back, which may have happened had McDaniel not be limited by injury. Corliss, a dominant of a college inside player, was undersized for similar success in the NBA.