Sitting here in this weather delay, I got to wondering a few things.

I know if I was a team like Tennessee, the goal is a National Championship. If the games were getting delayed too long to the point it might screw up their rotations and rest for the upcoming regional I’d play people that would not be in the regular rotation and if they lost then they are good to go for the regional. I realize the players want to win the SEC Tourney Championship as well, but would they want that at the cost of a Natty (the ultimate goal)?

BTW I just used Tenn as the devils advocate here because they have the best record right now in the SEC.

I personally feel that if there is several days postponment, then they should cancel the SEC tourney.

The forecast for today and tomorrow looks bad. I tend to think the double-elimination round will be changed to single elimination and there will be games Friday, Saturday and Sunday.

well you got team that needs wins to get to regionals would argue with you on that.

They had all season to get those wins.

They need to make an announcement prior to the Arkansas game if they go to single elimination and that game is one of them. Will affect lineup decisions.

Single elimination may be only way if the weather does get nasty later and all day tomorrow. We had rain late afternoon, all night and into morning here in DFW with some high winds and that is probably the system hitting there tomorrow!

I can’t see them pushing this past Monday at latest as I feel they have gone that far before but may be wrong. Can’t afford to impact the teams lineups in your conference for regional play.

I can’t see them pushing this past Monday 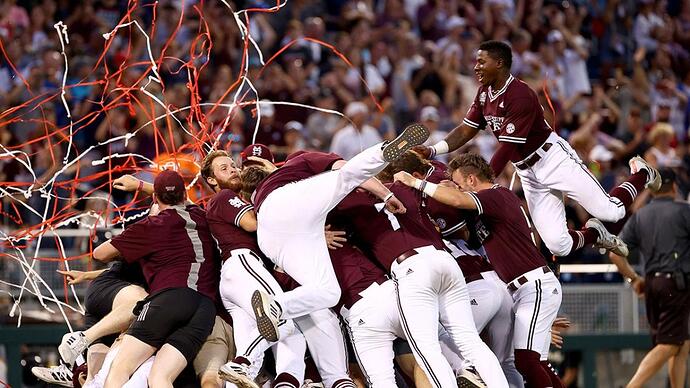 The field of 64 teams who will compete for the 2022 NCAA DI college baseball championship will be announced on ESPN2 at noon ET on Monday, May 30.