This includes Van Horn’s thoughts on Texas and OU joining the league, the new Rawlings agreement and more. 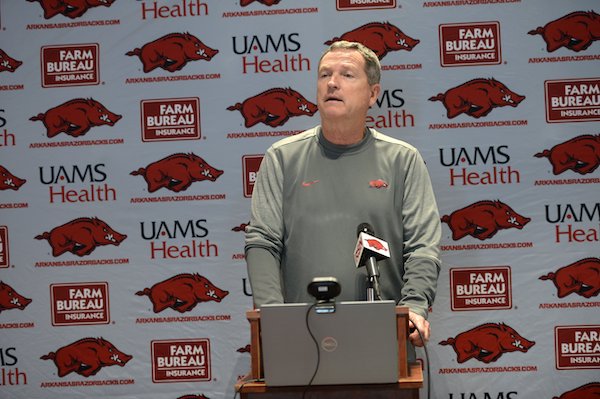 The SEC has six teams in the top 10 of the preseason USA Today Baseball Coaches Poll, and the league has recruited a seventh.

Good Stuff Matt, What did he mean “there would be times students athletes would never see another Campus”

It’s a reference to the same thing we talk about when discussing football scheduling — there might not be enough games for players to play on every SEC campus during their time in college.

Something that has been discussed in the SEC calls is a 36-game conference schedule. I don’t think coaches want any part of that. As Dave said, he likes 30 just fine.

They don’t now if they leave after three years. Current plan is 18 games against the West, 12 against the East, which is four series, two at home, two roadies. If you stay for three years, you play six road series, so you won’t see every East ballpark. And most players in this league don’t stick around for four or five, Kevin Kopps being the exception to the rule. Closest SEC ballpark to me is the Chicken Coop; we may not play there again until after the two new members join.

I don’t blame DVH for not wanting to go beyond 30 games. The SEC is a meatgrinder as it is and OU/UT won’t make it easier.

I’m not sure people realize how good Texas has gotten under David Pierce. The Longhorns might be as good as any team on the mound, but need to get better offensively. They remind me some of Arkansas’ 2012-13 teams that had to win a lot of low-scoring games.

Texas almost beat Mississippi State in the semifinals last season, but the Bulldogs had one of their late-inning comebacks. Otherwise, Texas might have won another national championship. That was a good team.

Oklahoma has fallen off for the most part since Sunny Golloway left about a decade ago. I think Oklahoma State is going to get the best players in state now with that new park, and OU has a lot of competition from other regional teams for players in Texas, Kansas and Missouri. Maybe I’m wrong, but I think OU baseball is going to have a lot of trouble in the SEC.

One of its first items needs to be to upgrade the ballpark. Missouri’s is worse, but OU’s lags well behind the vast majority of the SEC teams it will recruit against.

If I was Dale Mitchell, I’d tell OU to take my name off of that dump. Dale Mitchell Park is name of OU baseball facility. It’s been a week place for a long time.