Mike Leach for the job.

Heck, just hire Barry. He knows something about winning championships!

Hope Barry is not on the search committee. Of the three Leach, Littrell, or Switzer. Take Switzer!

Switzer is a rascal, rogue and scallywag…all rolled into one. What a refreshing character of a guy he is. He is an entertaining dude on the radio. Ask him a question, but you better be ready for the answer. Switzer and Leach…2 kindred souls…not surprised Barry likes Leach.

And Barry has won at the highest level that may be where the comparison stops.

Understood here that Littrell’s preferred career path would be his return to OU. With Lincoln Riley high on Jerry Jones radar to replace Garrett and the likelihood that Cowboys HC change will happen, Littrell may get that opportunity.

He said Leach is the man for the job - said so in an interview yesterday. Did not link the article because it’s from a competitor.

UNT is having a pretty bad year. Anybody follow them and know why? Kind of surprising with Mason Fine as your qb.

How much $$ does Barry give to the program? Would that help his endorsement?

As far as I know Barry Switzer is not the AD at Arkansas and will not be hiring the next Head Football Coach.
Obviously, former players and coaches make endorsements of coaches that they either coached with, played or coached against or played for during their career.
You can place all of those endorsements in the “bucket of frustration” and hoping for better days to come for our football program.

I think Barry has also been endorsing a casino lately, so he’s full of suggestions. Barry has never been afraid to say what he thinks, but I never thought of Barry as being more than a good coach in a couple of great situations.

Now if Jimmy Johnson weighed in, I would give that a bit more consideration, since he was a lot better coach at both the pro and college level.

How about Steve Spurrier? 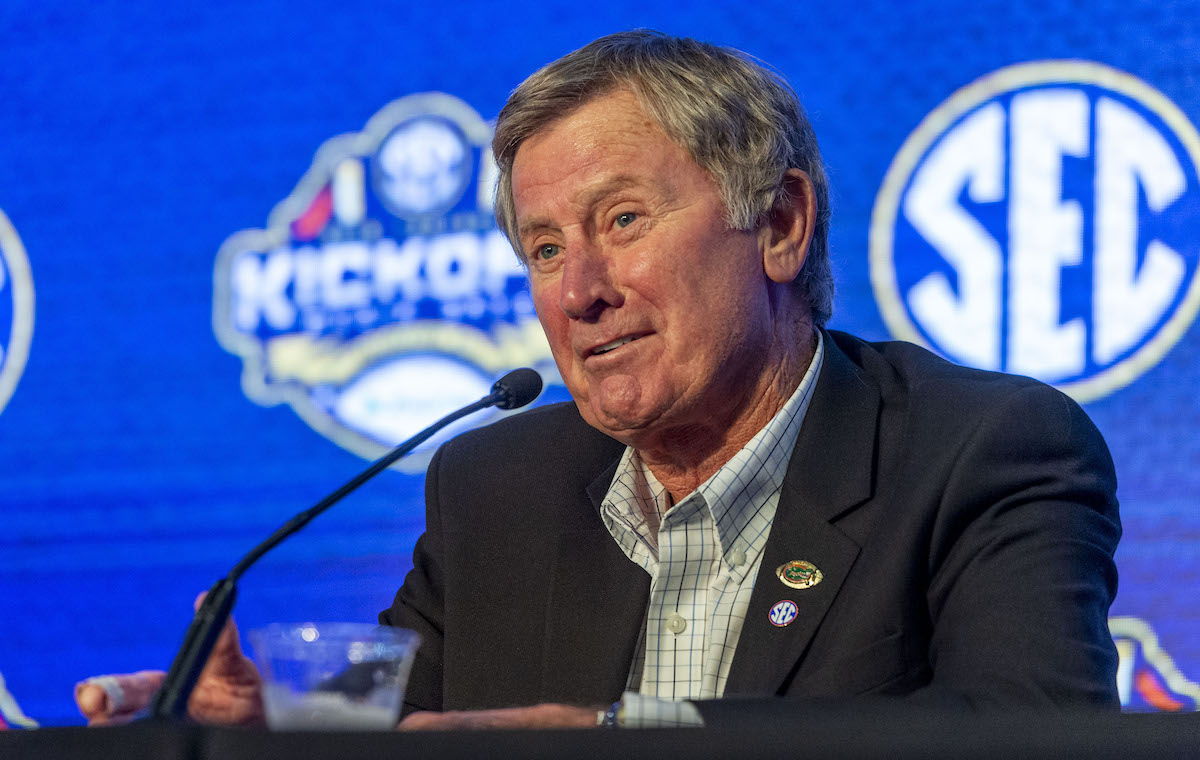 The HBC doesn't want to see Mike Leach coaching on the opposing sidelines in The Swamp.

Are guys like Barry and Steve Spurrier off base in thinking Mike Leach is a very good coach and marveling at the level of success Texas Tech and a Washington State have had under his leadership?

I’ve seen threads saying they wish we could get a Kyle Wittingham and I agree he’s a great coach, but Leach has had his number.

I think Matt Campbell is one of the very best coaches in the country and would be thrilled to have him. I also watched Mike Leach’s 11-2 club in 2018 get the best of Iowa State in a very exciting, fun to watch Alamo Bowl.

I think his quirks make some folks discount his coaching ability.

He’s one I think we’d be lucky to have.

As far as I know Barry Switzer is not the AD at Arkansas and will not be hiring the next Head Football Coach.

True, but he is an alum & knows a good coach when he sees one. He’s the kind of person HY should be asking for input.

Amazes me too…Leach is coaching in the Siberia of college football…people don’t seem to get it.
And winning all those games in Lubbock, who has done that since he left?

. That’d be pretty ok with me.

Barry (who was a teammate of my dad’s; I know him a little from that) can endorse whoever he wants.