What a nice read on Barry Foster by Tom Murphy! I was wondering what Barry thought of his days here. I was afraid some of the bitter feelings he had when he left early were still there. Apparently not. It would be great for the UA to bring him back for a football game honoring. 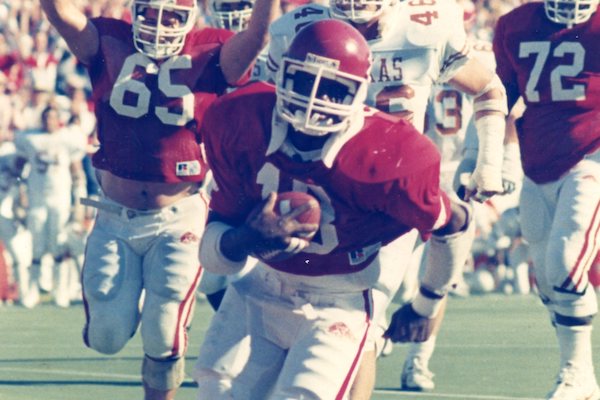 Foster was Hatfield's master of Flexbone

Barry Foster was looking for a place he could earn playing time as a college freshman during the 1986-87 college football recruiting cycle.

Great article. Happy to hear how well he is doing. Still remember seeing him on the sideline as a freshman and thinking- that dude’s forearms are bigger than Popeyes. No way he can be just 18! He was built like a tank.

What bitter feelings did he have?

When he turned pro after his Junior year, he could no longer work out with the team in the weight room at their allotted time. Said some things in the media about it. This was before many players left early. Kind of implied that the coaches were sticking it to him. At least that’s what I gathered. Time heals all as they say.

Didn’t we hand it off to Foster like 8 consecutive plays in the final drive at Kyle Field against the Aggies in 1989 to beat them 23-22?

I can’t remember for sure.

My recollection of that game is that A&M got called for PI on fourth down on our winning drive. Foster got the winning TD but not sure what happened between the PI and the touchdown.

Ya that part is right but prior to that we had run it multiple consecutive times, I just can’t rememer if it was all Foster…

It is brutal and demoralizing to an opponent when you drive the ball down the field, eat clock and finish with the win. Borderline.

Great article by Tom. Hope he has time to address the other ASHOF inductees before the April 8 ceremony. The 2022 class is quite impressive.

They all will be written about. Tom has some. Bob Holt has some.

And Hatfield was fired/resigned why?

No way was he fired, it was just an ego struggle between he and Frank. And Frank had a pretty big ego.

IMO Kenny leaving was a sad day for the Hogs.

It was similar to the HDN situation.

Both lost support of the fans.

I was a fan of both.

Really enjoyed the write up on Barry he was and still is one of my favorites - especially since he was from the DFW area! He was a bulldozer man….just a beast! So glad to hear he is doing well these days and hope he is back on the Hill soon!

After about five steps, you sure did not want to be between him and the goal line.

Ya very much so

What I remember the most 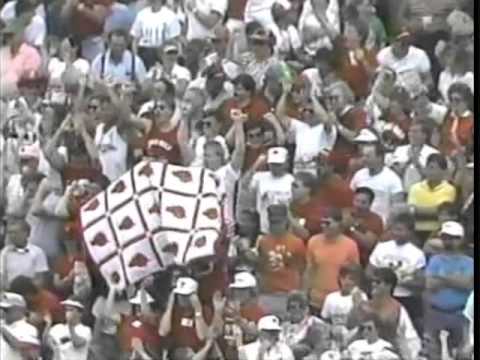