Ohhhh Senor Davenport don’t tease me!! I hope this is good news!!

These are probably just as nail-biting for the recruiting gurus. I’m sure there have been a few times at least where a kid said, “I’m Arkansas all day!” on the phone, only to pull a different hat out of their bag.

That has to be insanely annoying. I would think the recruiters would rather just hear the truth, “I’m not coming to Fayetteville.”

Well, here’s hoping for some good news. Whatever it is, the Program is in good hands.

I’m sure there has been a few times at least where a kid said, “I’m Arkansas all day!” on the phone, only to pull a different hat out of their bag.

I know that happened to RD at least once. 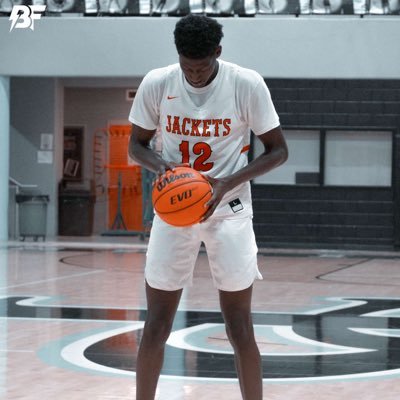 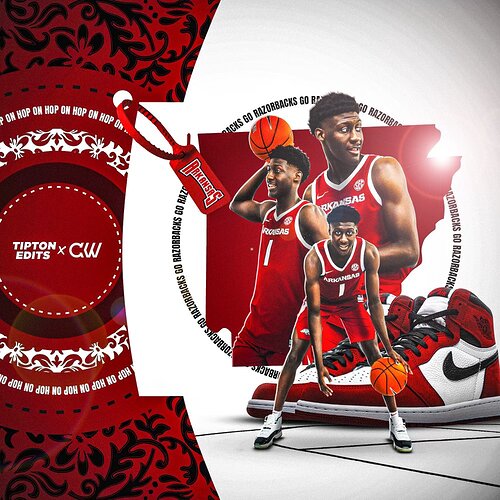 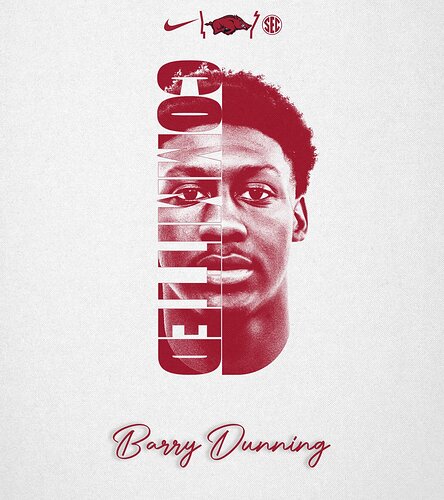 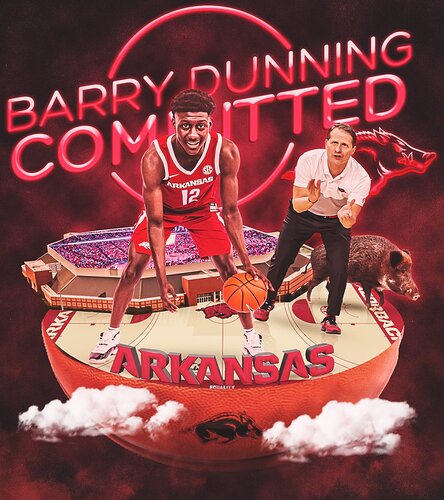 Welcome to the team, Barry.

Welcome to the Hill🐗

I’m losing track for the 2022 scholarships. I expect there will be more after the 21-22 season, but what is the tab right now and how will this affect those in-state players who haven’t committed?

Pinion and Dunning are committed. There are five seniors on the 2022 roster although Toney could play a second season, and whatever churn happens with the portal and turning pro. And we only have 12 on scholarship now. So there’s still plenty on room on that trip of the Muss Bus. My semi informed guess is they’ll take as many of the prime targets as they can get and fill in the gaps from the portal.

My semi informed guess is they’ll take as many of the prime targets as they can get and fill in the gaps from the portal.

Yes, I have Muss recruiting strategy figured out for a while now. Muss is not signing any high schooler that is not rated at least a 4 star by scouting services. Remaining coming from transfer portal. There will be no projects like Michael Qualls or Mason Jones.

It is a very safe strategy and successful one.

Muss is not signing any high schooler that is not rated at least a 4 star by scouting services.

Although 247 only gives Pinion 3 stars.

No PG in that list. Seems like Nunez has cooled on us or vice versa, and no idea what’s up with Lloyd. Maybe they see Ford as a point.

Perhaps Muss is thinking he can get a point guard from the transfer portal for next year and then try to get Warren and Blocker in 2023?

At the moment all those players mentioned seem to be very real possibilities to commit, would that be the best recruiting class ever?

Ours, probably. Kentucky has had several classes better than that. Duke too.

I don’t see any coach worth anything offering or not offering a kid based off what he’s rated.

Years ago I was randomly selected to go to a UNC basketball dinner for fans. After dinner, a dozen of us were allowed to sit with Dean Smith and ask him questions. One guy asked Coach Smith why in the world was he recruiting some kid named Shammond Williams, that he was not highly rated at all. Coach Smith looked at the questioner with disdain and said he knew what he was doing. This unheralded recruit ended his career with UNC with the most season and career 3 pointers in school history and best free throw percentage and was a 2nd round NBA draft pick. Plus he was a great kid (I went to a basketball camp and he told me the biggest flaw in my game was I did not shoot enough, I was a great shooter–if that is not the definition of a great guy, what is :). So much for ratings being the be all and end all.