Barry Dunning is a Player! 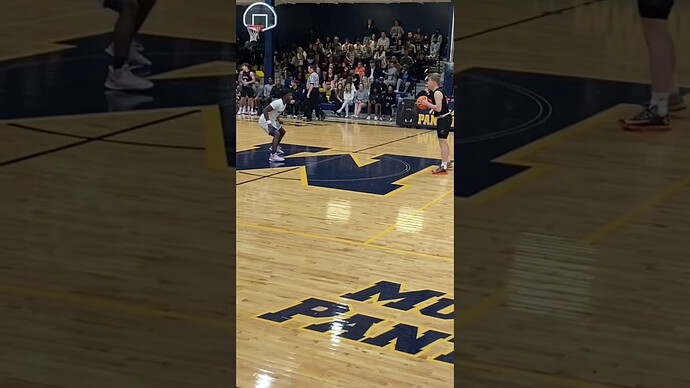 this guy puts up huge #s.Great rebounder and shows in this video he can shoot the ball very well,not just dunks

I don’t know what classification kid plays in but he has had several games with 20 plus rebounds and I think he averaged over 20 points a game.
He has a very nice stroke that was one thing I was wondering about him but looking at this I feel very comfortably saying this kid can shoot the ball.

We discussed that a couple of weeks ago. He plays in Alabama 6A which apparently is pretty good competition.

They go to 7A in Alabama, so yes that’s very good competition. He is a very underrated part of this class IMO. He’s 6’6, long armed, very athletic, with a very nice stroke. I don’t know how he fits in next year with all the other incredible athletic specimens we’re bringing in but this kid can play.

My guess, is that if he brings the defensive intensity that Muss demands, his fit will be in the vacated Stanley Uhmude spot.

Yeah I’d love to be a fly on the wall and watch some practices because Mr Walsh I’m pretty sure he’s going to have to fit in somewhere in the starting lineup. I like this kid though.

I like all of them, and if Black from Duncanville joins them, look out! It could be J-will and 4 Frosh with 2 more of the youngsters in the rotation.

Could it be the lowest rated recruit in the class (from out of state to) with much less hype makes the biggest splash!

Just saw Barry was named Gatorade Alabama POY for the 2nd year in a row. You don’t get that award for basketball alone. He’s very active in his community as well. Very impressive kid!

So now we’ve got the 2 time Arkansas and Alabama Gatorade POYs on the same team, and they are not even our highest rated guys. The future is very bright in Hog Land!

Yep those are the types you want. Usually the most coachable too.

I am making my plans now to be in Houston for the final 4 in 2023. Next year’s basketball team will have the Razorback nation in a frenzy…

Are my expectations too high? Need some of the current key players to stay to make that happen…

Could we be a FF caliber team next year? Yeah.

Should you expect it? No. I didn’t expect it in 94 or in 95, especially after UMass cleaned our clock in the first game of the 94-95 season.

We are Hog fans. We wallow in disappointment