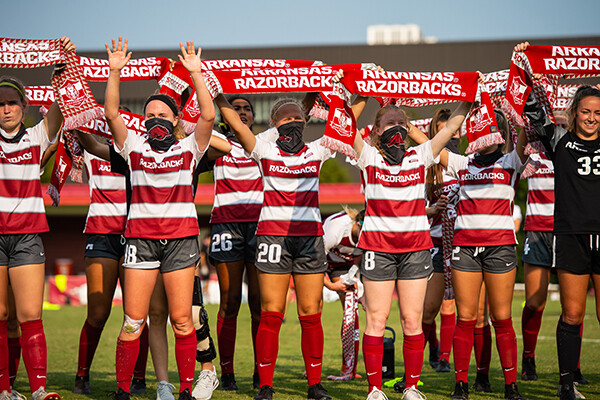 Claire Clark Alberius had an idea the Arkansas softball team was headed for big things, even though the Razorbacks finished only 17-39 in her senior season.

Awesome job, Paul. I liked the “deflecting credit” section of the article a lot.

Thank you. The bottom line to this is having great leadership at all levels.

Found it interesting that nobody really threw any shade at Jeff Long, who after all hired several of the women’s coaches (Hale, Deifel, Neighbors, Shauna Taylor in golf). Colby noted that he thought JL set things up so that HY could build on it, and Lance Harter mentioned that JL oversaw the combination of the men’s and women’s departments and made sure the women weren’t getting the scraps of the athletic budget. We wouldn’t have had this success under JL, IMO, but we also wouldn’t have had this success if HY had inherited things the way JFB left them. We wouldn’t have finished top 10 in Director’s Cup for sure under JL.

They were careful imo not to throw shade, but for some, the praise was
definitely measured. I thought it was important to include what Jeff Long did for women’s athletics in this story. But as Neighbors said Yurachek gets credit for putting the puzzle together.

But as Neighbors said Yurachek gets credit for putting the puzzle together.