Jalen Tate recorded his third career double-double Saturday vs. UCA, and he had fun doing so. After making a pass that led to an easy score for Arkansas, Tate gestured as if he were looking through binoculars.

"He did his thing,” JD Notae said. More on Tate’s night: 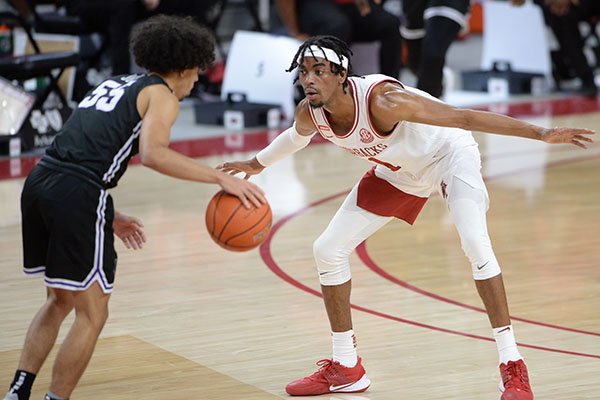 'He did his thing': Banged-up Tate delivers double-double

After making a pass in the second half that led to an easy score for Arkansas, Jalen Tate gestured as if he were looking through binoculars.

“The graduate transfer from Northern Kentucky recorded his third career double-double in the Razorbacks’ 100-75 victory, and he had fun doing so.”

He’s quickly become my favorite starter on this team. I love his intensity…and what appears to be his enthusiasm and enjoyment.

Fun to watch, too.

I like the way he plays, he is all over the floor.