Bama take on our hire

Also links to Mizzou and Ole Miss hires. Not complimentary as expected from Bama sources. 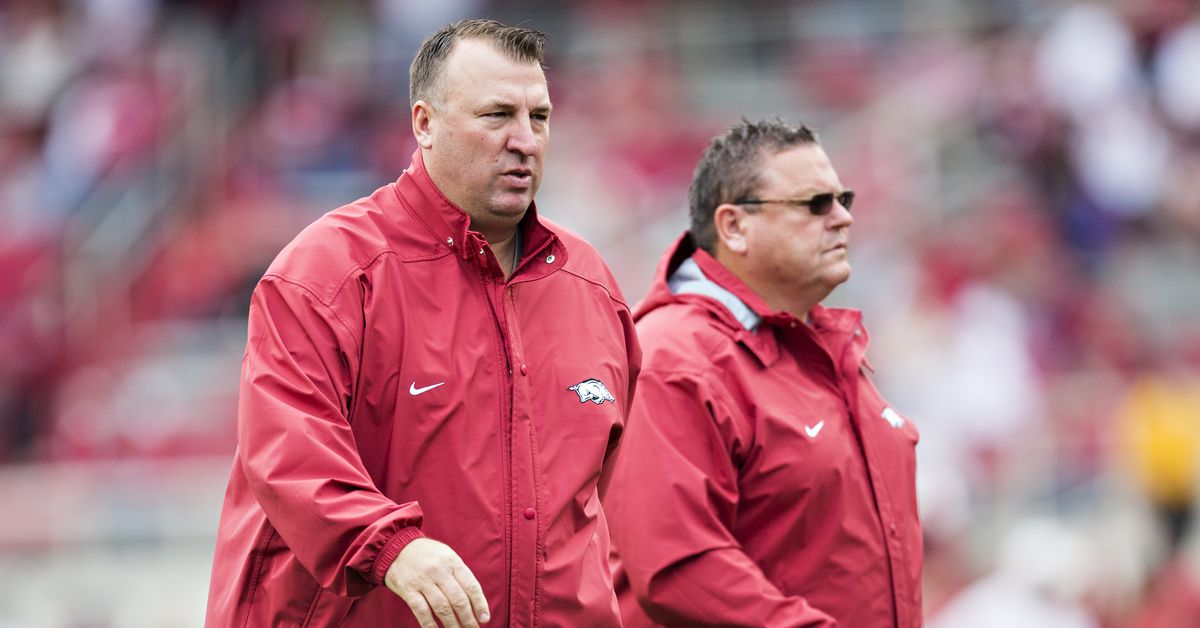 Grading the SEC Carousel: Arkansas dives into the deep end of the assistant...

SB Nation writers are hardly that. The entire site is fighting to stay up. Dude is fighting for his job and is just another arrogant Bama fan. Yawn.

Will be so nice if we rebound from all this crap and we start to kick that Butt!! There will be some nice retribution to pass out to such turds as this.

Pay back will come for those haters!
I hope those guys end up in a soup line! They’ve never had anything positive to say about our hogs.

I wonder who kicked his trailer

Highly critical, but truthful with regard to the current plight of the razorback football program. we are getting spanked with our pants down, but this dude does not know what will right the ship. I think hardnosed football in the trenches is the only way out. And what you lack in ability, you must make up for in determination, technique and grit, so bring in all the tricks of the trade that will allow this team to level the playing field, sometimes you have to get mean and dirty, when everyone wants to keep you down. Believe me they wont be giving us anything.

Let’s be honest here - if we had hired Kiffin and Ole Miss or Missouri had hired a beloved former career assistant with no head coaching experience this board would be howling in laughter at them.

In fact, I remember this board and many others making fun of Ole Miss for elevating Luke because he’d never been an OC or HC.

I expected reactions like the one from this writer. There have been many others with the same take.

That’s what you can expect when you make an unconventional hire like this.

Well said. This recruiting cycle is so critical as well… We have to pick up some good players.

You wouldn’t hear me laughing. Football is all about recruiting and Sam Pittman has proven he can do that as good as anybody in the country.I posted a good while back that I wouldn’t mind us taking a chance on him just because of that .I didn’t think we would get him but I’m sure not sad that we have.

Pittman was my number 2 hope behind Kiffin. He’s doing pretty much what I hoped he would be doing–getting in the living rooms of top O-line recruits. Just by upgrading our offensive line, we upgrade our QB play and our entire offense.

Now, we just have to see if he can get these linemen to sign.

You may not have but I know Matt Luke was derided on this board, around the SEC, and by a large contingent of SEC fans as “ not being a legitimate SEC coach” because of his background.

In fact, I remember this board and many others making fun of Ole Miss for elevating Luke because he’d never been an OC or HC.

Luke was Ole Miss’ offensive coordinator when he was promoted to the interim job.

Oh if it were anybody but Sam Pittman I can totally understand that…he’s not your average offensive line coach in my opinion this guy has a way with kids that they just fall in love with his personality and his charisma… none of us know how this will turn out but we are the weakest in the offensive and defensive line and I think he gives us a chance to bring in the type of people in those areas to get us back as quick as anybody we could hire.time will tell

He may have been OC in title, but Freeze was viewed as the guy responsible for that offense. Did Luke call plays?

I may be mistaken but recall Alabama trying to hire him away from us when he was here last time. Now they think is a dirty coach.

I don’t care what some toothless Alabama fan thinks. The only way to shut up other fans is to start winning. We know we’re at least a couple of years from that. Maybe we can win 4 next year, 6 the next, and then maybe 8 or more in 2022. Until then, we are better served ignoring jackasses. Either CSP will succeed or he won’t.

I would say Erik was less than positive