Anyway, here’s more on Bama. The university as a whole plans to return to full in-classroom instruction this fall without restrictions on room capacity: 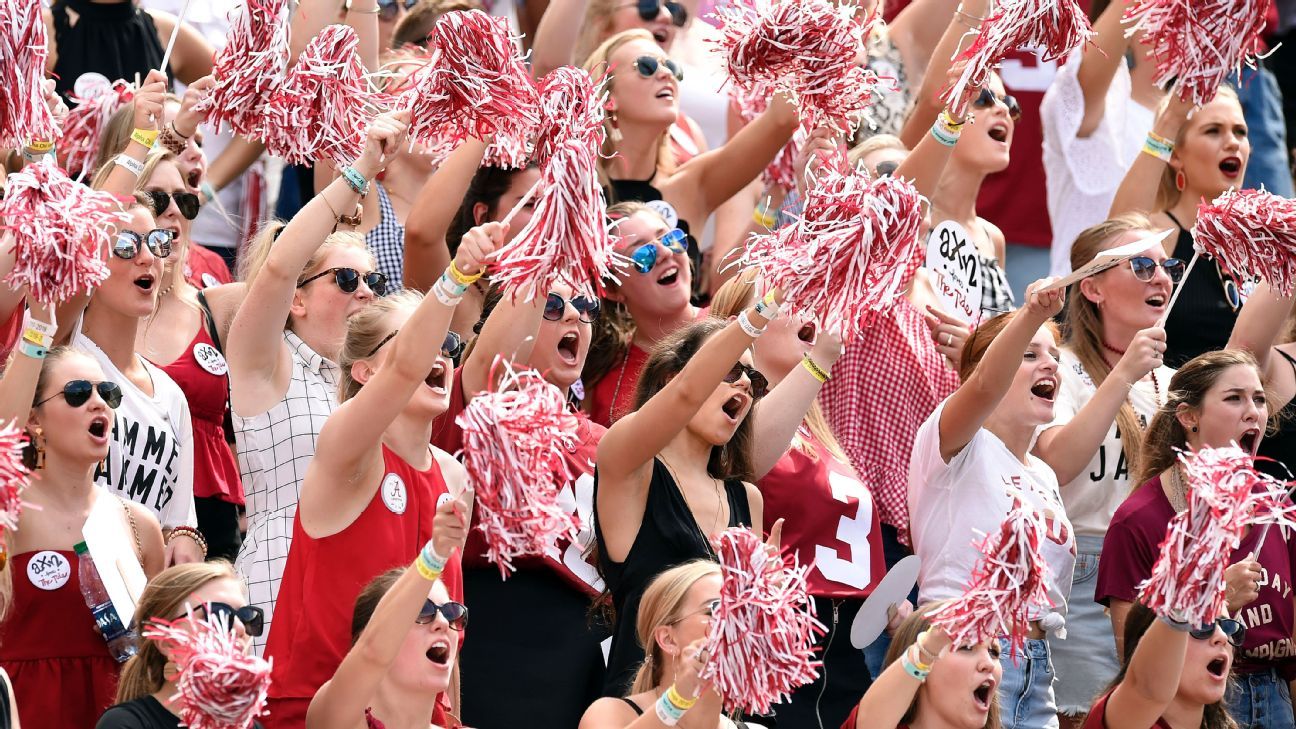 Arkansas is planning for a full stadium, too. I bet a lot of teams are.

I can see planning for it; you plan for contingencies and that’s one of them. But I don’t know that I would be going public with it at this stage.

There’s a chance that will work by fall. Now that J&J is coming onto the market & it’s partnering with Merck to manufacture more of it, I could see a very large percentage of people being vaccinated by mid-summer. Perhaps enough to provide herd immunity.

However, I agree it is still premature. We don’t know if there’s going to be some major spikes with loosening of rules & many people becoming more careless. We also don’t know how many people will just refuse to get the vaccine. I don’t know what, if anything, in the way of a vaccine will be available for children or adolescents by this fall. I don’t see why a school can’t wait until April or May or even June to make this call.

I don’t see any way this kind of information is not made public. This is the time of year when season-ticket renewals are being processed. Ticket holders want to know what the plans are in the fall.

Hunter Yurachek has been speaking publicly about it for more than a month. 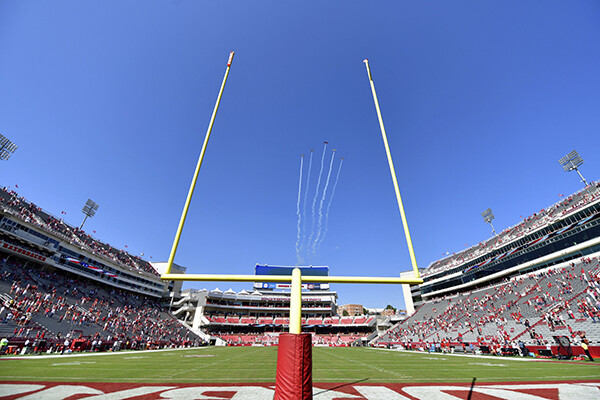 Arkansas plans to sell season-ticket packages with the thought full capacity will be allowed for games at Reynolds Razorback Stadium later this year.

Well, I guess you have a point. If something bad happens, they can always revert to restricted capacity. Anyway, I do think things should be back to normal or near normal by Labor Day.

I’m not convinced enough people will get vaccinated. Not because of availability but because they don’t think it is necessary.

I went to a dentist office yesterday (I’ve had both doses of Moderna), all of the staff except for the dentist refused the vaccine. I read in GA, only 30 percent of workers in LTC facilities had chosen to be vaccinated and only 60 percent of teachers/staff said they will be vaccinated.

I wish there was some kind of a vaccine passport that people had to show that would allow entry into sporting events or restaurants. This single thing would drive the vaccinations up.

I’m going on a cruise from Norway in September and they are requiring proof of vaccination and they are doing covid test in the terminal. If you don’t have both you won’t be allowed to board.

Anyway, I do think things should be back to normal or near normal by Labor Day.

We hope. I’m out here working on another treatment for those already infected (different from the one I’d worked on previously). Maybe with treatments and vaccination we’ll get over the hump this summer.

I do not understand why anyone without a medical condition that prohibits one would refuse the vaccine. We know what covid can do. Virtually no one has had a terrible response to the vaccine. Baffling.

I’m stunned that people on the front line of this disease refuse the vaccine. They are the ones that brought the disease into the LTC facilities.

I had a long talk, politely with the hygienist. It was the typical BS. Covid isnt that serious, the vaccine was developed too fast, etc. I tried to point her to reports that showed how the mRNA had been developed over 17 years, this would just the first large scale development of it. But it just didn’t matter what I said, she didn’t believe it. I had to shut up because she was going to be working in mouth and I didn’t want to annoy her

We took my 81 year old mother in law out of memory care in Sept. when Covid became an outbreak in her facility. Now that we have all been vaccinated we have interviewed 3 home health care agencies. Only 1 has insisted on the staff being vaccinated. I just don’t understand.

I think by the first of May, unless something changes drastically, there will be public service ads begging people to get vaccinated.

As the case numbers fall, it gets easier and easier for people to treat it like a flu shot-too much trouble. Or to say “if the cases start going back up I will go get vaccinated”. Right, wrong or indifferent, that’s the way a lot of people are going to view it.

I also think more employers by late spring will be offering employees incentives to get vaccinated. There seem to be some legal hurdles/risks to making vaccinations mandatory to work in most fields, but it will probably be worth it to some employers to pay a sweetener to workers to reduce the chance of absent staff or temporary closures. Plus there may be a nice comfort for customers at a restaurant if the owner hangs out a sign that says “Our staff is 100% vaccinated”.

Our Texas governor just did this. SMH. My hope is folks have sense enough to wear masks because they prevent Covid spread and not because the law requires it. 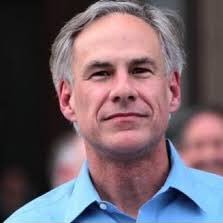 Lord knows I am NOT trying to get political, but there is a bill pending in the Arkansas Legislature that says employers CAN NOT require employees to be vaccinated. I just read the heading, didn’t read the bill, I don’t know if there is an exemption for health care providers. My guess is no, but just a guess.

I think its to early to tell the side effects of the vaccine.

I do not understand why anyone without a medical condition that prohibits one would refuse the vaccine. We know what covid can do. Virtually no one has had a terrible response to the vaccine. Baffling.

I guess a brother and best friend don’t count. Your stupid baffling is baffling to me.
And yes this a total sore spot for me. I guess you can’t fix stupid.
Actually send me home if need be…

I can’t understand what you’re trying to say

Bearing in mind that this board is to be kept free from politics and religion, I read today that some Catholic dioceses have advised their parishioners to not take the vaccine from J&J. And some say none of the vaccines should be used.

“We advise that if the Moderna or Pfizer vaccine is available, Catholics should choose to receive either of those vaccines rather than to receive the new Johnson & Johnson vaccine because of its extensive use of abortion-derived cell lines,” the statement says.

Some Catholic clergy have gone further. Bishop Joseph E. Strickland in Tyler, Tex., has tweeted repeatedly that Catholics should not take any of the three vaccines. 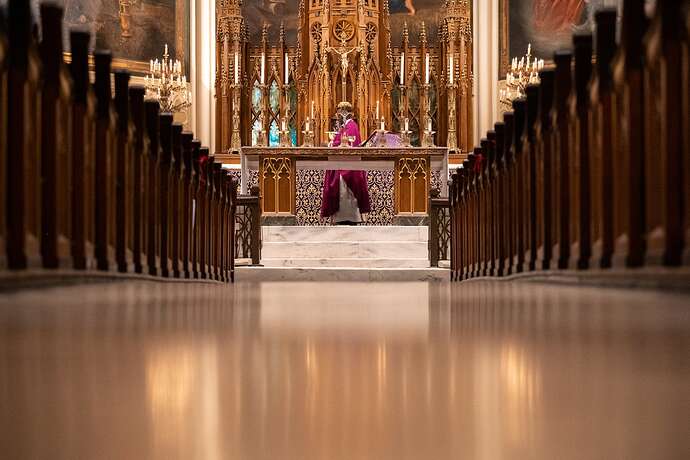 The Archdiocese of New Orleans said Catholics should avoid the Johnson & Johnson vaccine "because of its extensive use of abortion-derived cell lines."

Yeah Marty, I saw that earlier, too. To me, it makes no sense, the only way out of this is to vaccinate 70% of our population, which will be hard enough without such policies. I’ve been vaccinated since August thru the trial, 6 months and absolutely zero problems.

I think its to early to tell the side effects of the vaccine.

It’s certainly possible we’ll learn of some sort of side effect down the line. After all, these vaccinations are only a few months old. However, we’ve now had millions of vaccinations & millions of people infected with the disease. We’re beginning to learn of problems with some people who had the virus but who appeared to have had minor symptoms. The risk-benefit balance is heavily on the side of taking the vaccination. It’s not really close.

My wife has some autoimmune issues, and so she passed on taking it. Even with her issues, I disagreed with her. I thought/think she should have taken it. But, she is an adult and gets to make her own decisions! I will be taking it as soon as I can.