Taylor Moore gave the Hogs back to back winners on Korn Ferry Tour by winning in Illinois. He shot a 11-under 60 on Saturday and finished at 27-under.

He is guaranteed his Tour card for next year because of his point total.

I do not know if two Arkansas players have ever won back-to-back on the Korn Ferry. 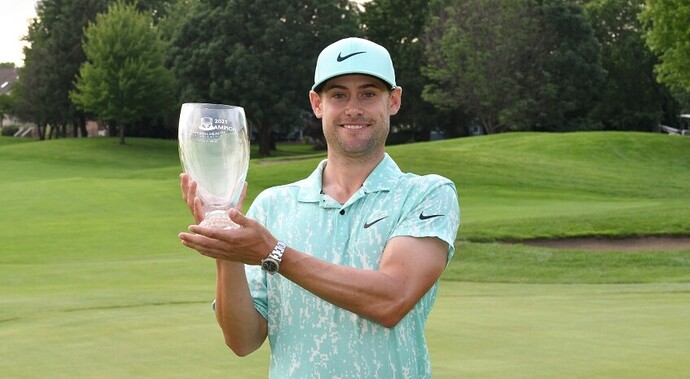 SPRINGFIELD, Ill. – It’s been a whirlwind 24 hours for Taylor Moore. First came his lowest career round and a course record 11-under 60 on Saturday. And on Sunday, the 27-year-old held off Erik Barnes to earn his first Korn Ferry Tour win at the...

David Lingmerth finished T11 at the barbasol yesterday. He has been struggling so that was nice to see.

Taylor hits it as good as anyone. If he putts well, look out.

He is sixth on that Tour in ball striking but 65th in one putts.

I hope Lingmerth gets back on track. he had a couple of good years on tour and then seemed to disappear. I really liked following him.