An Arkansan who walked on at Texas Tech, had a big game in the TT boys upset of # 1 Louisville last night.I had never heard of this guy. Apparently a SW Christian guy from Springdale. RS Soph, which I guess would have put him at SW Christian at the same time Gabe was there.

He had a great hustle play vs Hogs in Lubbock last year that Coach Beard pointed out in postgame as inspiring the close victory. Looks bigger and stronger than last year. He’s Arkansas “tough”! Glad Coach Beard showed him and Arkansas love in his comments after beating no.1 Louisville.

Avery played for Siloam Springs a year and then at Springdale Har-Ber for two years before finishing up at Southwest Christian.

He is a walk on at Texas Tech, who has had some good moments. 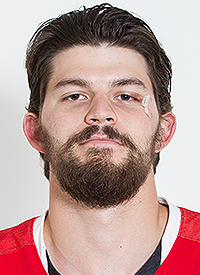