We’re about where I thought we’d be, especially since this includes Chad. tOSU is tops. 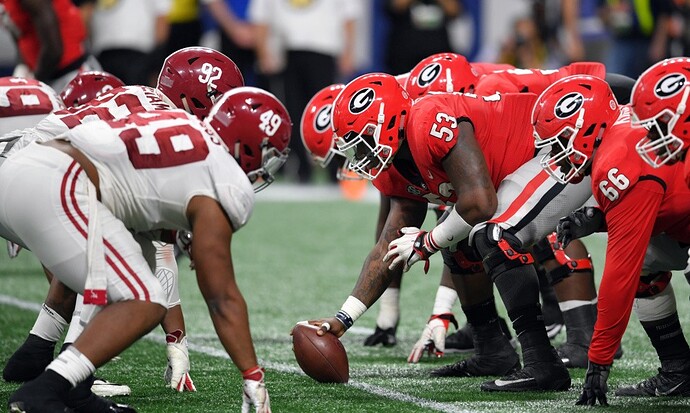 Which college football programs bring in the most TV viewers?

TV viewership isn’t always the best way to measure a college football program’s value. But here’s how each school ranks since 2015.

I would expect the ranking for Arkansas to increase going forward as the W L and margins make positive moves. Certainly, the cluster of Missouri, Kentucky, and Vandy is expected but still disappointing. Overall the SEC pulls 8 of the top 20 plus both Texas and OU are also in this top group. OSU’s ranking at 19th is surprising to me with 310,000 more viewers than Arkansas. Clearly, WVU at 30th demonstrates the importance to the BIg 12 with only four conference members ranking higher. The disappointment of Kentucky’s ranking is compounded by Louisville and Indiana both pulling more than a half million viewers in excess of the Wildcats’. Looking at the past season, I suspect Iowa’s numbers might give the Big10 another team in the top twenty. Nice story for a 100 degree day in July.

2015 - 2019. Bielema’s downfall and the Chad Experiment. I’ll bet the last couple of years would look a lot better.

Well 2020 was weird because of the pandemic. We had two games in 2021 with more than 4 million viewers (A&M and Bama), also played the eventual national champ which got 3.8 million viewers, the Texas game got 3.4M, and the bowl game was also just under 4 million viewers. So yeah.

I did find a few ratings numbers for 2020. Our most viewed game was the Bama game with 2.59 million. The Florida game had 2.44M. Auburn (the Jason Autrey shafting) had 2.12 million.

Also, in 2016 we had two games with 4M+ viewers; the bowl games with K-State in January and VTech in December.

2021 ratings in reverse chronological order (anything on SECN isn’t rated):

One thing that should also help going forward: The staff is gradually bringing in more dynamic playmakers on both sides of the ball who are fun to watch.

The staff is gradually bringing in more dynamic playmakers on both sides of the ball who are fun to watch.

We know that, but your Saturday afternoon channel hopper, as my mom calls it, probably doesn’t. But more dynamic playmakers tend to turn into victories and top 25 rankings, and the channel hoppers do know about that