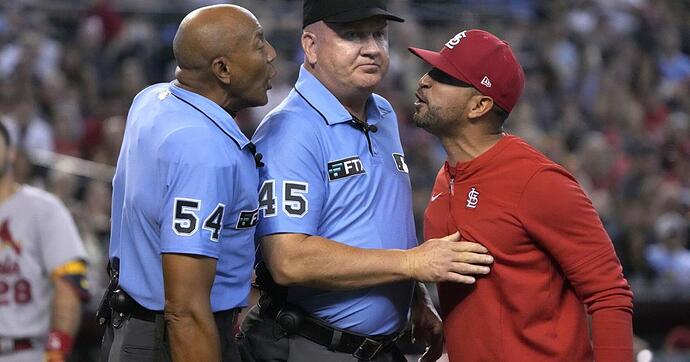 BenFred: MLB umpires, you're out. It's time for an automated strike zone.

Unfortunately for the good MLB umpires — yes, they do exist — there continue to be too many reminders of why the approaching change is probably for the best

I hate the idea, but I also hate umps who feel compelled to make themselves an issue during the game. An automated strike zone will negate the great catchers who can successfully pull a ball out of the zone into the zone.

I’m not sure it will go that far but I have seen more badly called games this yr than ever before,so I wouldn’t be surprised if it goes automated.

Rob Manfred told somebody in May that he thought we’d have the auto strike zone in 2024. Exactly how they’re going to do it remains to be seen.

You hear the umpire say ‘this is my strike zone’. Needs to be a universal zone. Will never happen with the egos out there.

To me, that just shows a bad umpire. He jerks the mitt, it’s a ball. I believe the article said MLB is doing bots in the minors, usually where it starts.

If you can start a runner out on 2nd base for Xtra innings, you can have an automated zone. At this point, they have screwed up the game so badly, what the hell.

From your Athletic…ha, Francona says he’ll kick the computers butt if it’s off. 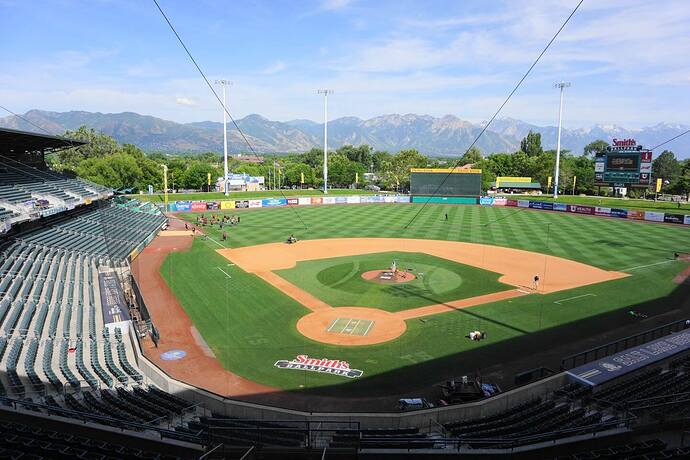 Baseball's automated ball and strike system – so-called robo umps – debuted Tuesday in the Triple A Pacific Coast League, the highest level yet to...