Oh I bet they’d bring Mathews back tomorrow if needed. He went deep two straight days against Texas State in the regional.

But I think he’ll have a nice long rest after today.

Yeah, Stanford’s chance of coming back are very low. But even if they survive & they bring this guy back, I can’t imagine he’d be very effective.

So far Auburn has saved their top reliever, Burkhalter. Not sure they’ll bring him in today unless Stanford puts up a couple of runs soon. I hope it’s AU vs OM tomorrow & they both spend all their pitchers knowing it’s win or go home.

Just thinking the same thing. We need Stan Ford to tighten this game up and burn some Aubrun pitching.

Well, it was just about to tighten up by at least one run, but Stanford held the runner at 3rd. Now bases loaded with 2 outs for Stanford. I’d like them to get 1 or 2 runs.

Burkhalter now coming into game with 2 outs in the 7th.

Auburn escaped with no damage. Still 6-2 after 7.

Strikeout with the bases loaded was huge (Trees led the nation in slams this year with 8, and the guy who whiffed had two of those).

Stanford has survived 5 elimination games & come from behind in 3 of those. I believe their luck is about to run out. 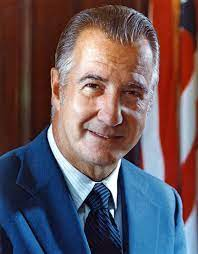 Send these effete intellectual snobs back to where they came from

Now Stanford knows why hardly anybody in the SEC has a team batting ave.of 300…sent them boys packing with 4 runs a in two games!!take that back home with you and think about it all the way until next year before you start spouting off how great your offense is.

(Did you really have to dig up Spiro Agnew?)

He was actually asked about this endorsement deal…said he had pursued it, but no luck, didn’t get anywhere with it. Have no idea if he did personally or someone on his behalf.

It was reported after the last out our entire infield ran over to Sonny and gave him hugs. He and Stovall bantered when Sonny was on 1st. I’ll be rooting for him to do well wherever he lands. Plays baseball the right way.

I noticed that. Apparently a good kid.

I think it was classy for him to congratulate our players and classy of our guys to reciprocate.

Yes, it seems so. And, speaking of classy, I was impressed that Butch Thompson did not sit and pout and throw things in the dugout. In the last couple of innings, he tried to get some players in there just for the opportunity to be in the CWS. Not used to that kind of class from Auburn coaches.

Did you see him the other day when he entered the ballpark and held up a jersey that said Chico’s Bail Bonds?

He was showing his Auburn Football buddies who to use next time!