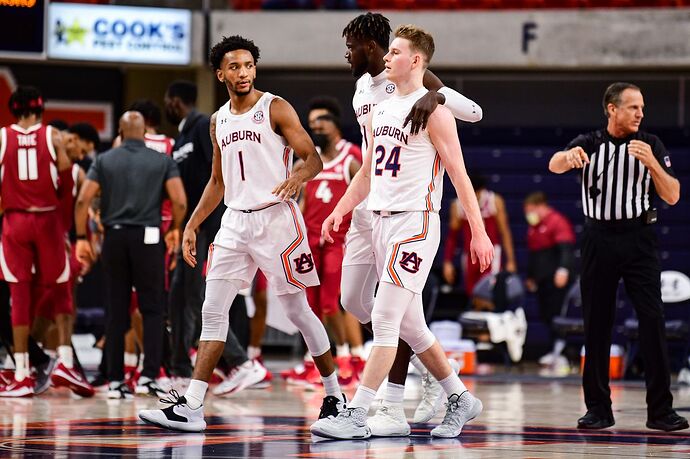 Auburn lost to Arkansas on Wednesday evening at Auburn Arena.

It would be nice to make this a habit of winning road games!

The guy who wrote the article hardly mentioned the Razorbacks, how they played, or any individual performances or statistics from the opposing team. Is this what passes for sports reporting these days? I don’t expect them to praise the opponent, but we should know something about the game if it is being reported.

I really wouldn’t expect an Alabama newspaper to have much to say about an out of state opponent.
I never opened an AR sports section after a Hog game expecting an in depth summation on the opposing team.
However, I would have liked one BEFORE the game.

In the days gone by, there would at least be a paragraph discussing the opponent and who led the team in scoring or rebounds. If I hadn’t watched the game, I wouldn’t know that Auburn didn’t play a practice game against itself. Weird.

Cambridge was shooting way over his head 22% from 3 coming in and went 5/7.when I saw them play, he was awful.

Some of his 3’s he took weren’t good shots either. It was just one of those nights where the 3 just went through the net for Auburn.

Auburn played about as good as they could play and still got handled. Lets move on!! on that note, I love beating Bruce Pearl and Auburn!!