I’m still waiting on the lineups, but I wanted to start the new thread.

Vols were up 2-0 on Vandy, but an error on the EOE third baseman led to three unearned runs on a three-run jack. Vandy up 3-2.

Yep that will kill you.

What time does game 2 start?? 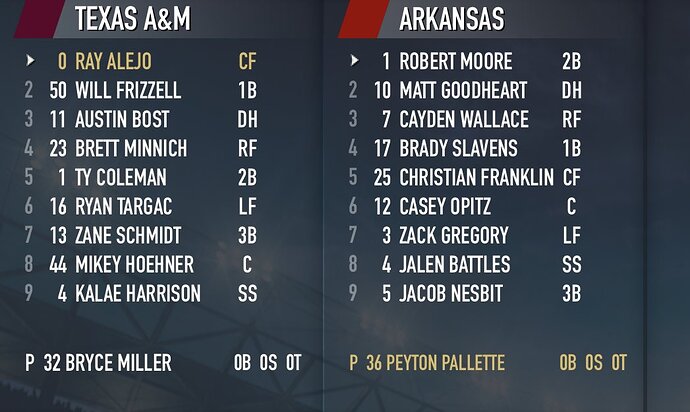 I wonder if DVH would have let one of his pitchers go 120 plus pitches in a blowout like Ole Miss did today?

I really doubt DVH would let a pitcher throw that many pitches in any game.

Hmmm game 2 not streaming on secn+??

Way to go Matt.We going to have to layoff the high FB though

Well dang, not showing watch on my end!! Only game to.

Sometimes it shows both the game just played and the live game. Exit out of ESPN and then go back to search