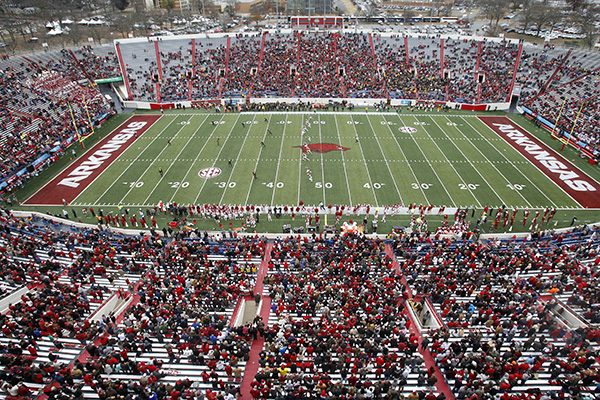 What’s in it for us? For years — no, for decades — that’s all I heard from University of Arkansas fans.

he doesn’t answer the question, “What’s in it for us (UA)?” He just repeats old arguments. And, yeah, he’s an ASU alum.

What he does, though, is point out what ASU really wants: to be the UA’s big rival. To be the other “big” team in the state. Nothing new here

I can’t read it. Who wrote it? 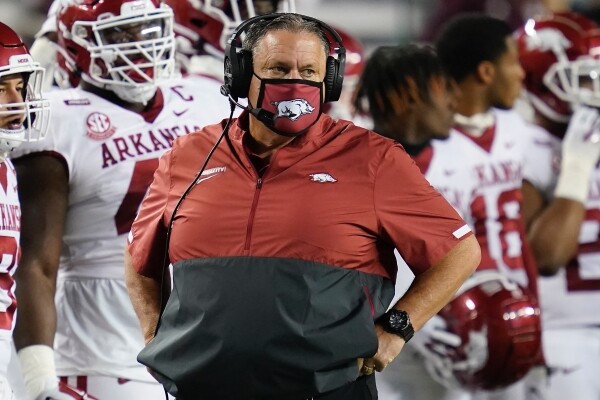 Allen: Be careful what you wish for

Presumably only fellow Philistines rooted for Goliath against David’s slingshot.

I have never heard of Rick Fires, but the matchup is good for ASU. They have no fanbase and probably never will have much of one. The game benefits ASU, but the University of Arkansas has nothing to gain by playing the Indians. If we win, nobody cares. If ASU ever wins, the fans in Jonesboro will be happy, but that is about it.

Has Hunter Yurachek ever commented on why he thinks it is a positive for his employer?

Who is Rick Fires?

We need more writers like Nate Allen and Otis. They make no secret they are Pro Hog, but they aren’t afraid to ruffle the feathers of the decision makers.

I believe Fires graduated from A-state. Someone correct me if I’m wrong.

Oh, Nate’s column is full of great comments: “… as the Jack Crowe flies …”

Rick Fires is an ASU grad who writes for the ADG. I remember he wrote something a few years ago pushing a UA-ASU game. Said it was silly for the UA to go somewhere (memphis, I think?) to play a baseball game when they could have stopped off in Jonesboro. At least that’s what I recall as the gist of the column or the story.

He does make a good point about Arkansas not having a rival. No one in the SEC sees Arkansas as a rival.

Naturally I agree with Nate.

We could make UAPB our rival?

He does make a good point about Arkansas not having a rival. No one in the SEC sees Arkansas as a rival.

I don’t know why that’s such a big deal. Personally, I’d rather an SEC team spend less emotion for us than it does for others on their schedule.

Regardless, if we start beating them, they’ll consider us a rival.