First of all, H/t to @harleyhawgidson for first pointing out Mason Jones did not play over the final 13+ minutes on Tuesday. That did not dawn on me in the moment.

I asked Eric Musselman today what went into the decision: 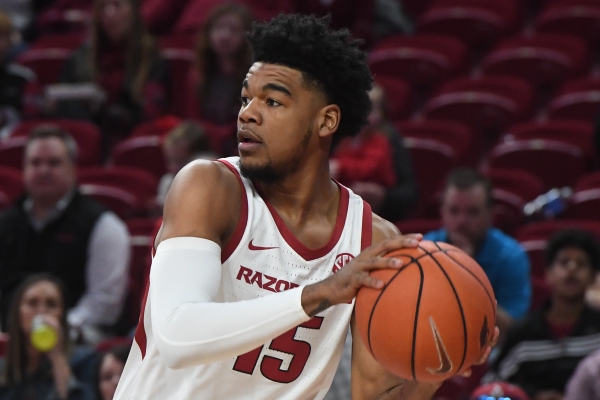 Eric Musselman details what led to Mason Jones sitting for the final 13-plus minutes in Tuesday's win over Texas Southern.

I figured something like that. Coaches use these early season games (especially the ones that are runaway) to correct player performance and behavior. Most of these light benchings come in early season games. This won’t happen when we are up against Indiana, unless it is a runaway.

I asked Eric Musselman today what went into the decision:

Thanks for asking CEM about Mason. His response was spot on and exactly what needed to be done. Mason is a Jr and is considered an upperclassman and unquestionably needs to be a leader on and off the floor. He took a leadership role in the off-season by working extremely hard on his body and his complete game. Now, the next role is leadership on the floor. Good for CEM. What he did will help Mason and the team.

I sorta had it with Jones when he back stepped on the mid court line. That was hard to believe. Don’t know if it was just extreme carelessness or haughtiness, but it was far from leadership. We all can see what Whitt brings…he’s built up the team (sort of a 4 plus 1 equals 6). Morris needs to bring the same (every game), especially as he’ll likely be leading the team next year.

I presume you mean Harris, not Morris. Harris seems to be playing a bit harder. I don’t like that he thinks he is now a 3-point shooter. I get that he may have improved his technique, but he isn’t a 3-point shooter. Use his speed for drives and passes and let the shooters do what they do.

I sorta had it with Jones when he back stepped on the mid court line. That was hard to believe.

It’s court awareness, just the same as stepping out of bounds on the sideline when setting up for a corner three. Everybody has cerebral flatus from time to time. It sounds like it was the other things that got him a seat on the bench the other night.