Now the table is open for thoughts. I have some thoughts but will let anyone pitch in. Remember the Fans can think or wishful thinking…

Good info. That’s higher than I expected at 28% in just the last 18 years. With the expansion of the teams getting in, some teams are winning it all when they wouldn’t have even been in the tournament in earlier years.

Wow just looked a little further back. In the 80s, there were 6 of the 10 champions that had 7 to 11 losses, including 3 with double digit losses. Can’t believe I hadn’t thought of that. Strange decade for college basketball. 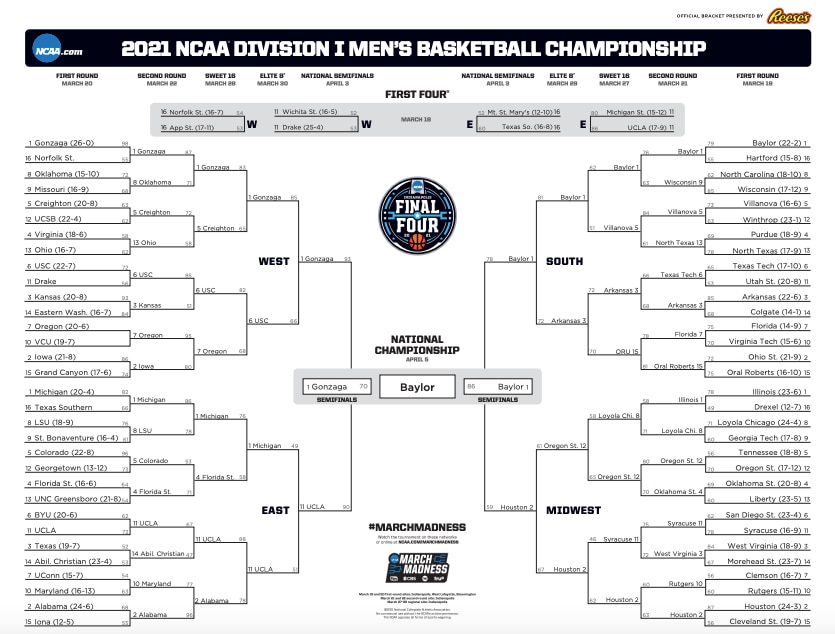 The complete list of NCAA Men's Basketball DI champions from the first season to today.

Marquette had 7 whenever they won under AM. it was almost considered immoral at the time.

It’s wide open this yr. Bet there want be a perfect backer filled out this yr!! Lol